This year Derrick's birthday fell on the same day as Easter. He turned the big 28 and rang it in with style. I decided to fully embrace the holiday overlap and celebrate Derrick in full Easter fashion. His whole family came into town also so we got to enjoy Ellie's first Easter as well as a rowdy egg hunt with the older kids.

The night before I whipped up this super easy and cute egg banner out of paint chips. I can't take credit for the idea. You can get a full tutorial here. I really love how it turned out and it's still hanging up. I'll probably leave it for a while. 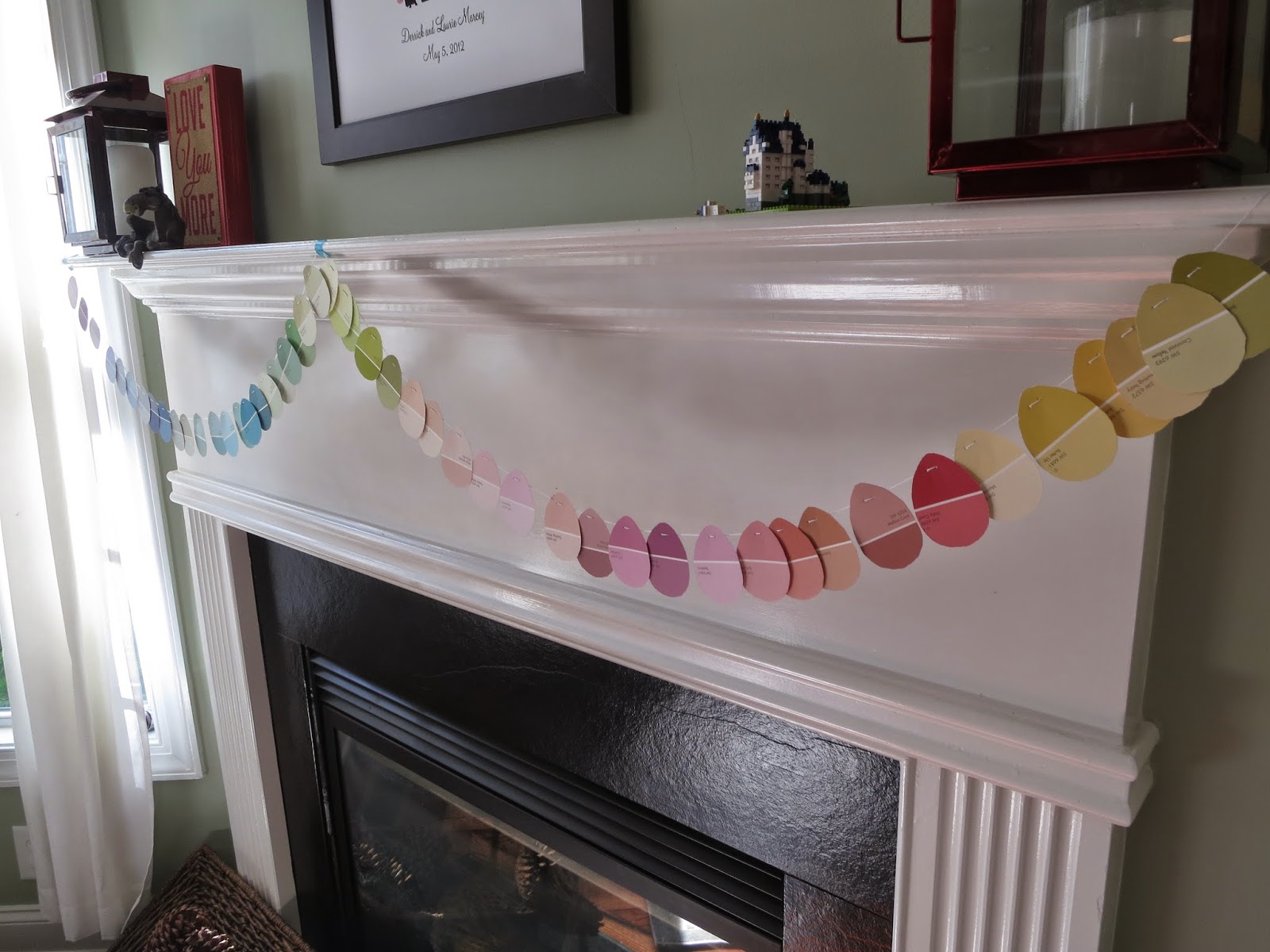 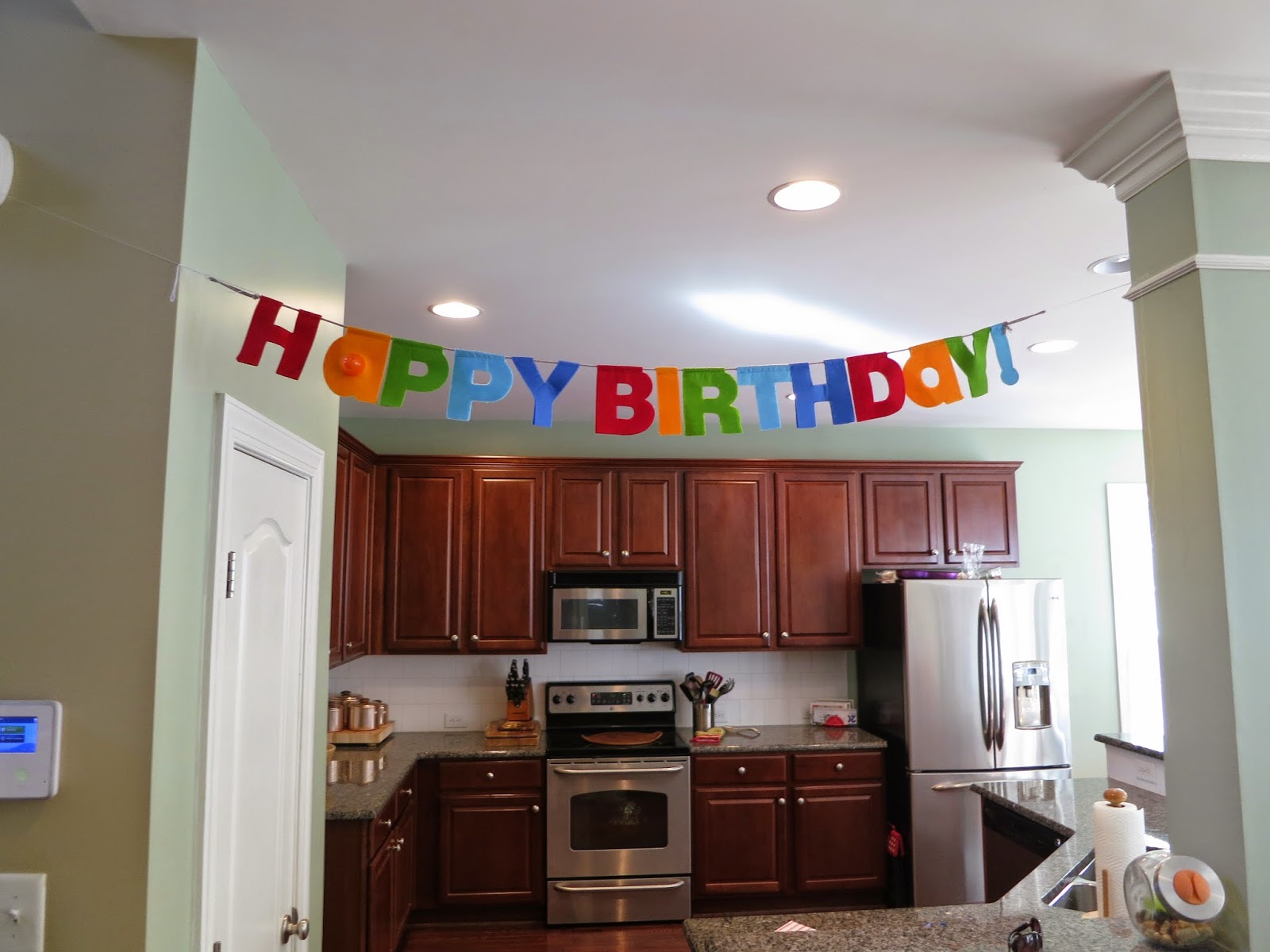 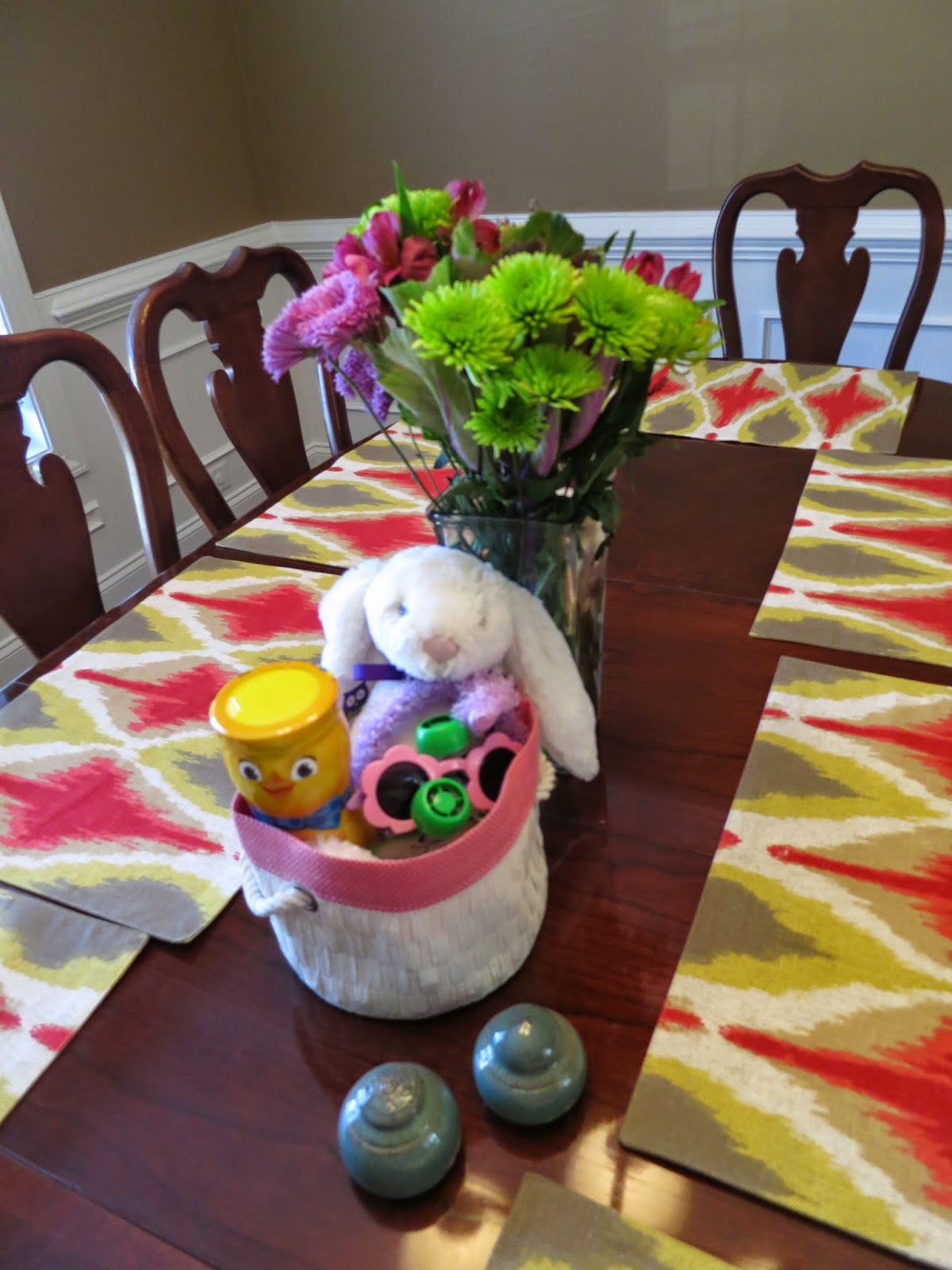 When Ellie arrived we let her open her Easter basket from us which included these super adorable Easter bunny ear hair clips. I got almost her entire basket from the Target dollar spot. Gotta love that place! The only splurge was on her bunny which we had monogrammed with her initials on the ear. It's adorable and super soft. I hope she keeps it for a long time. 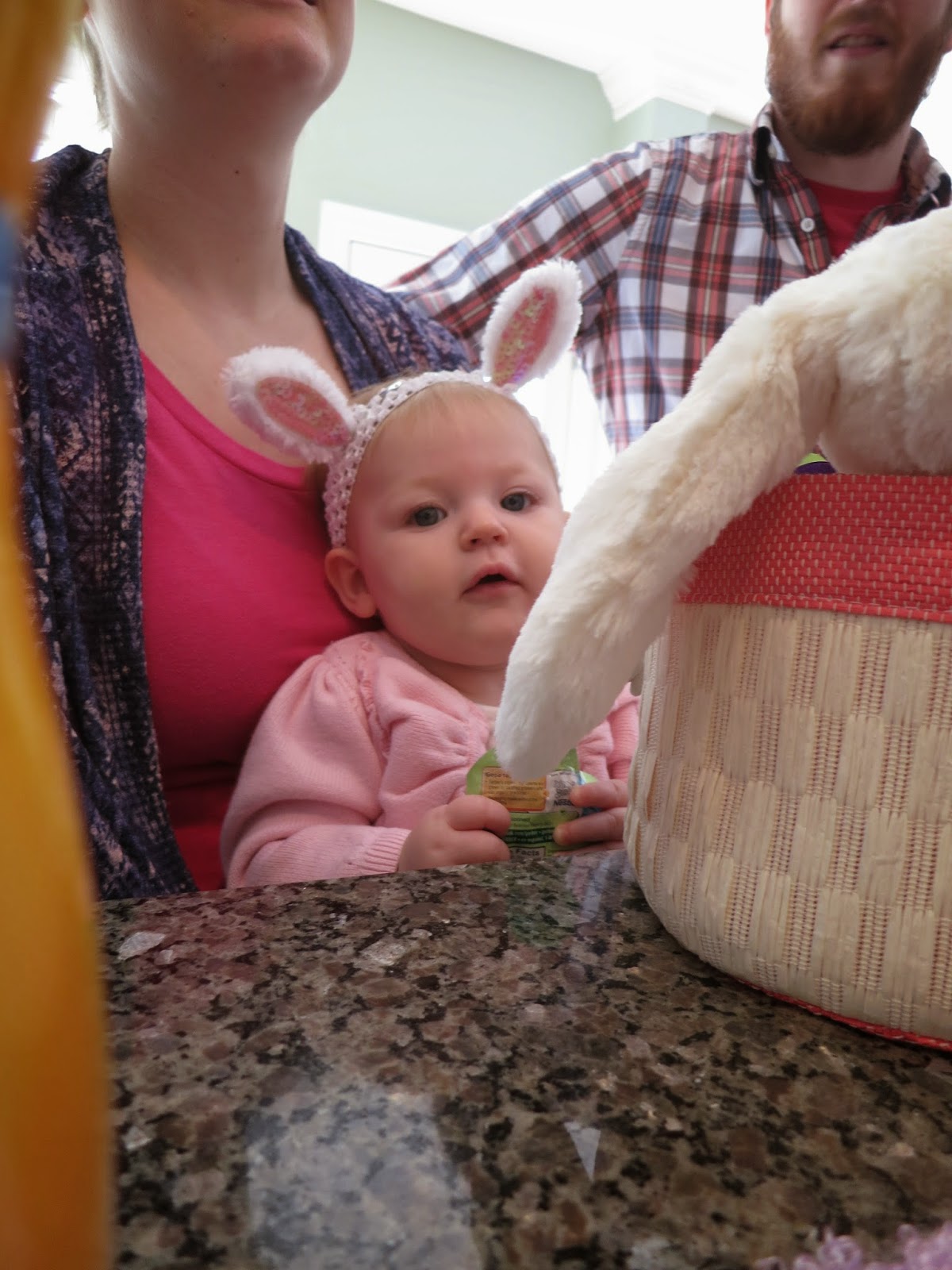 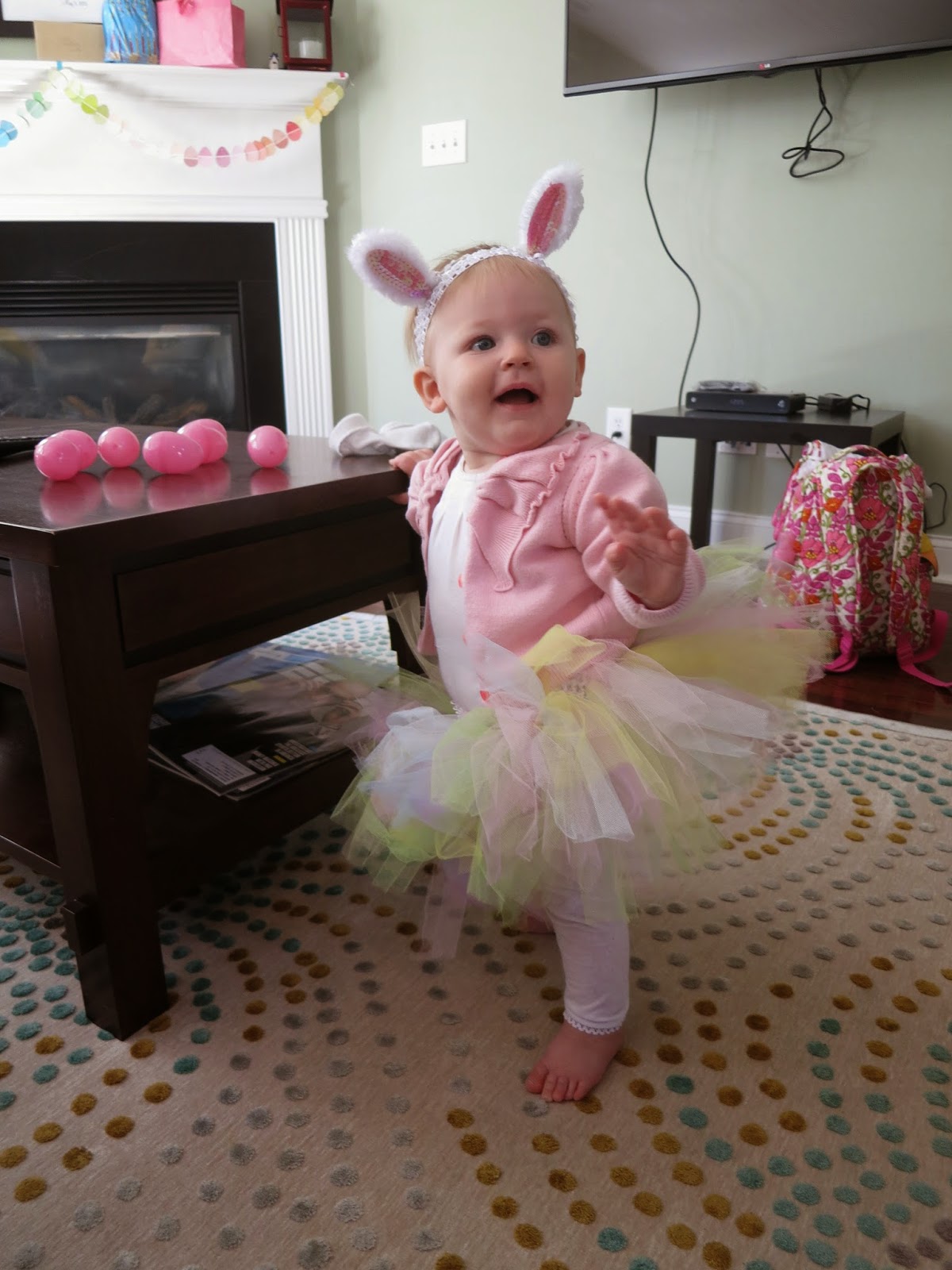 The rest of the gang showed up shortly afterwards and we enjoyed a delicious Easter lunch and prepared for the egg hunt! In true Marcey fashion Derrick and I can't do anything simple so we prepared an egg hunt of 72 eggs. Each egg had a point value inside and those points had to be added up at the end and could be redeemed for candy prizes. 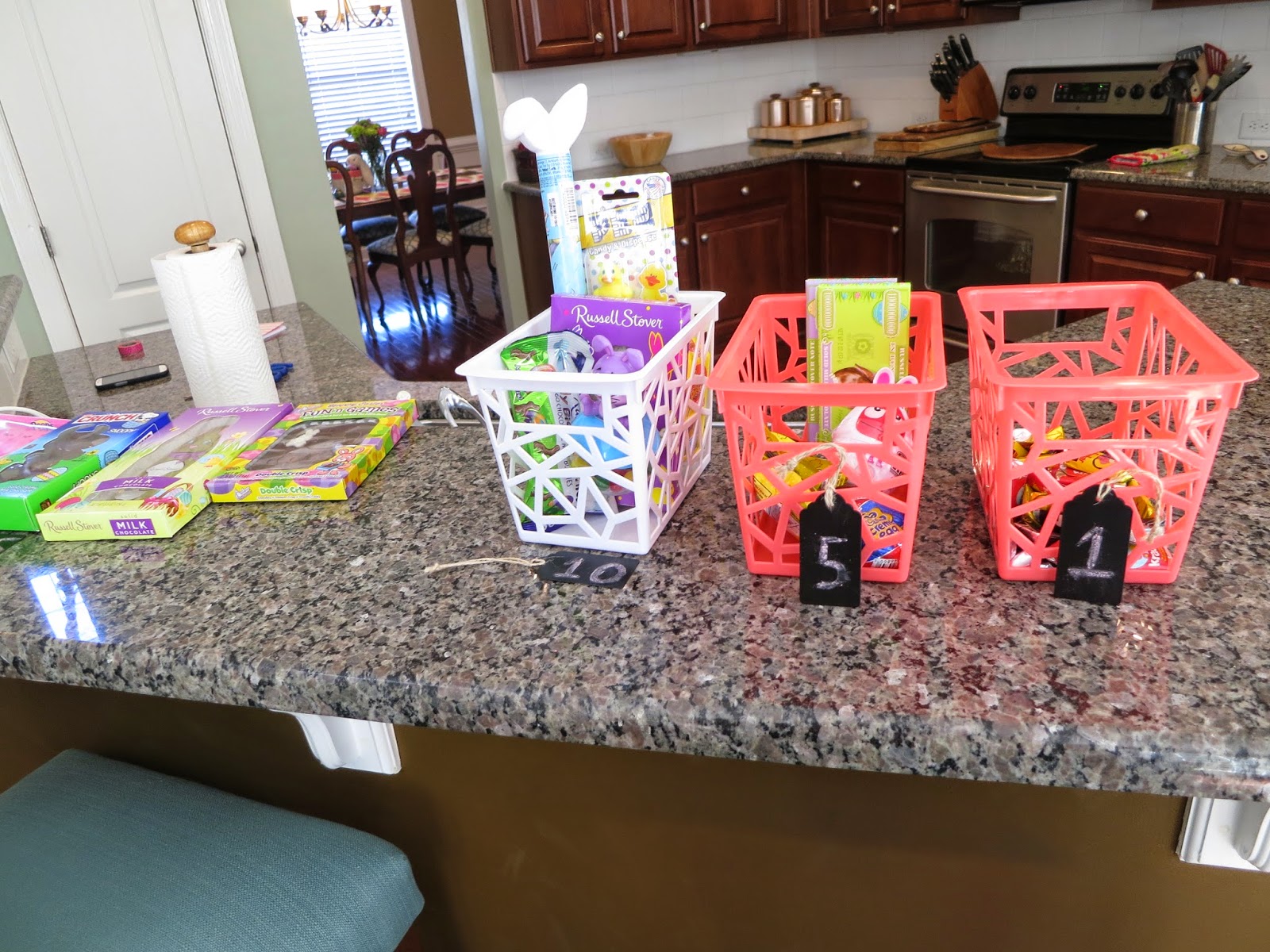 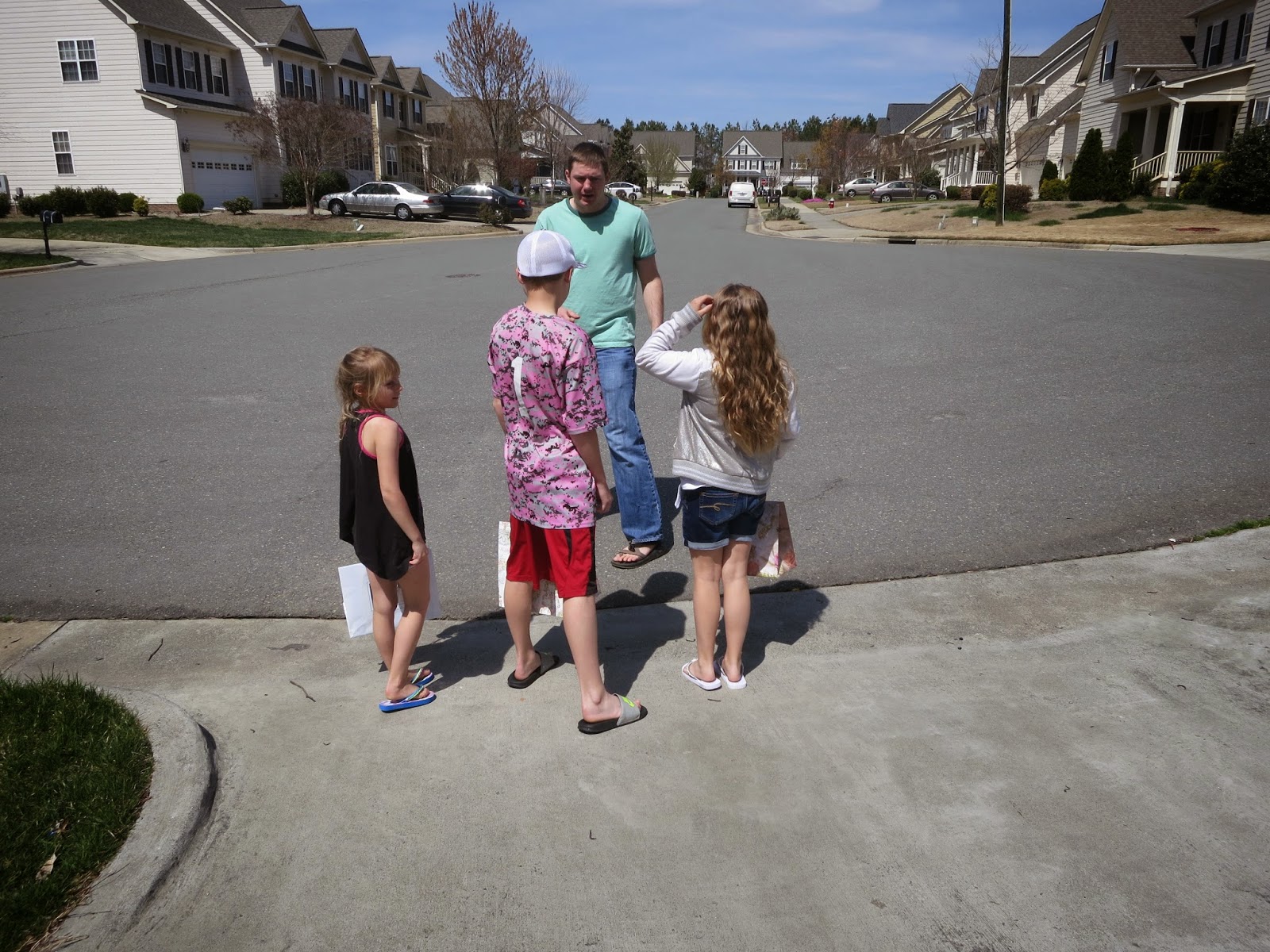 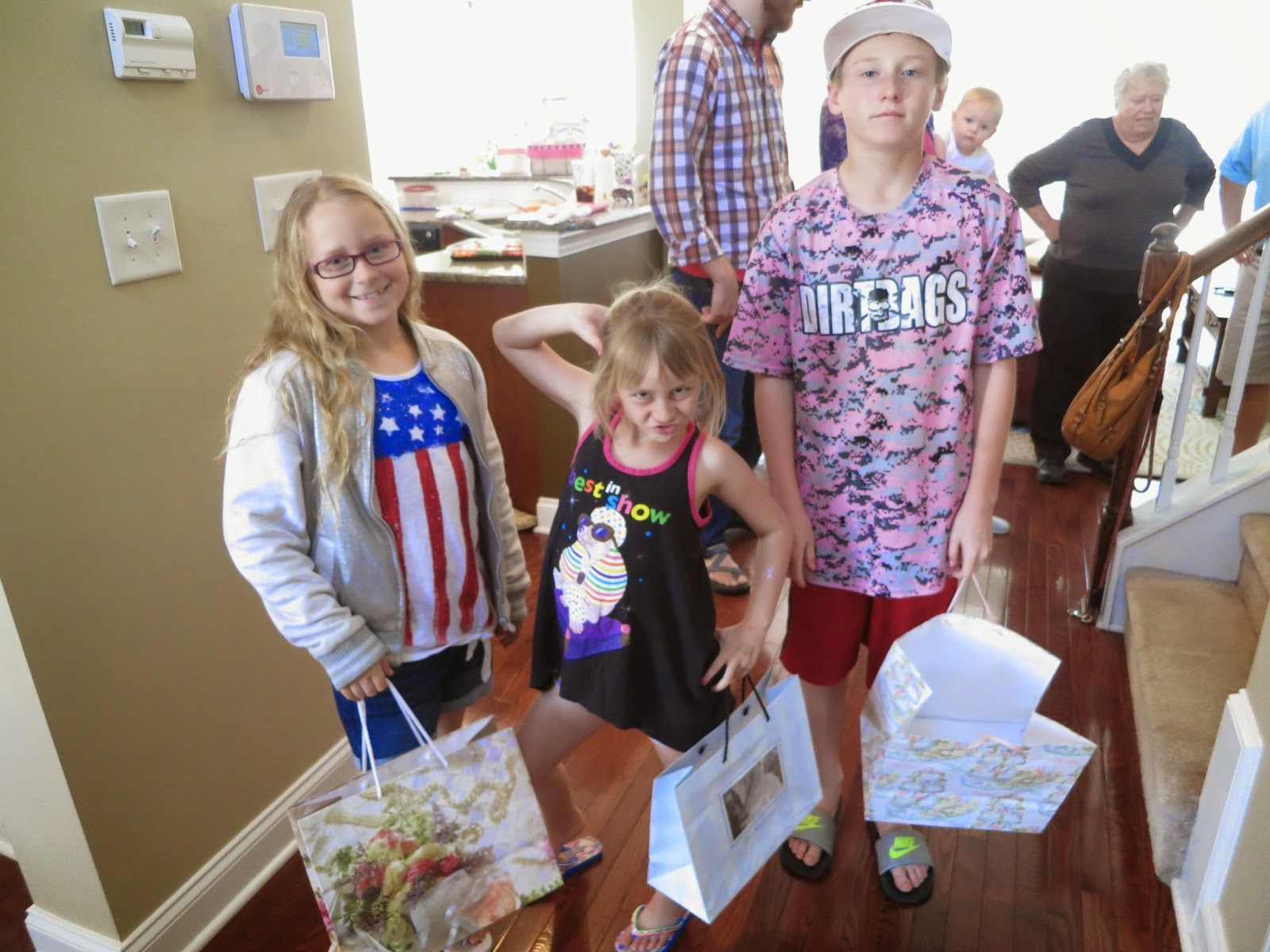 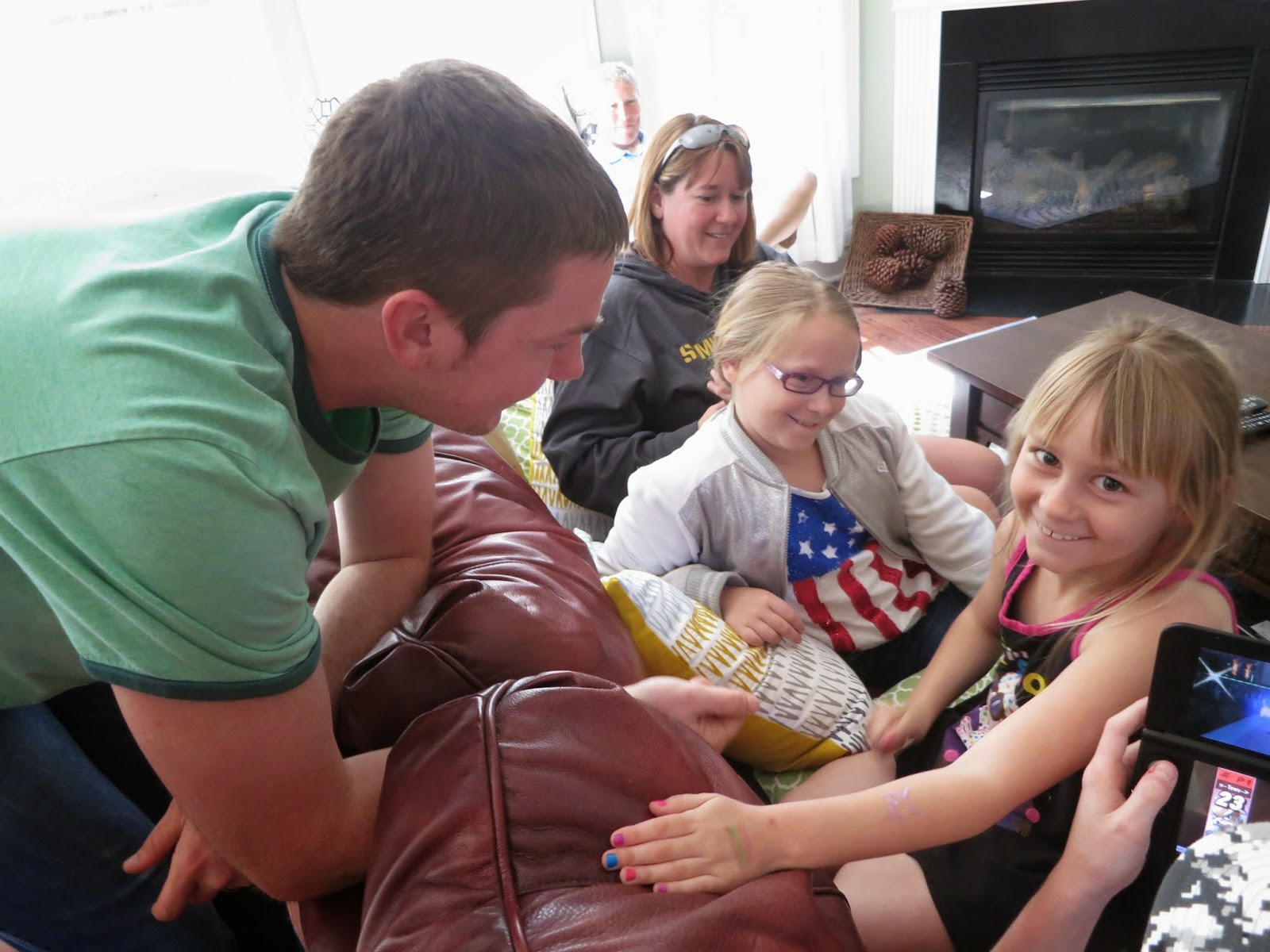 We split it up so that half the eggs were inside and half were outside. Ellie had her own pink eggs that the other kids weren't allowed to find. 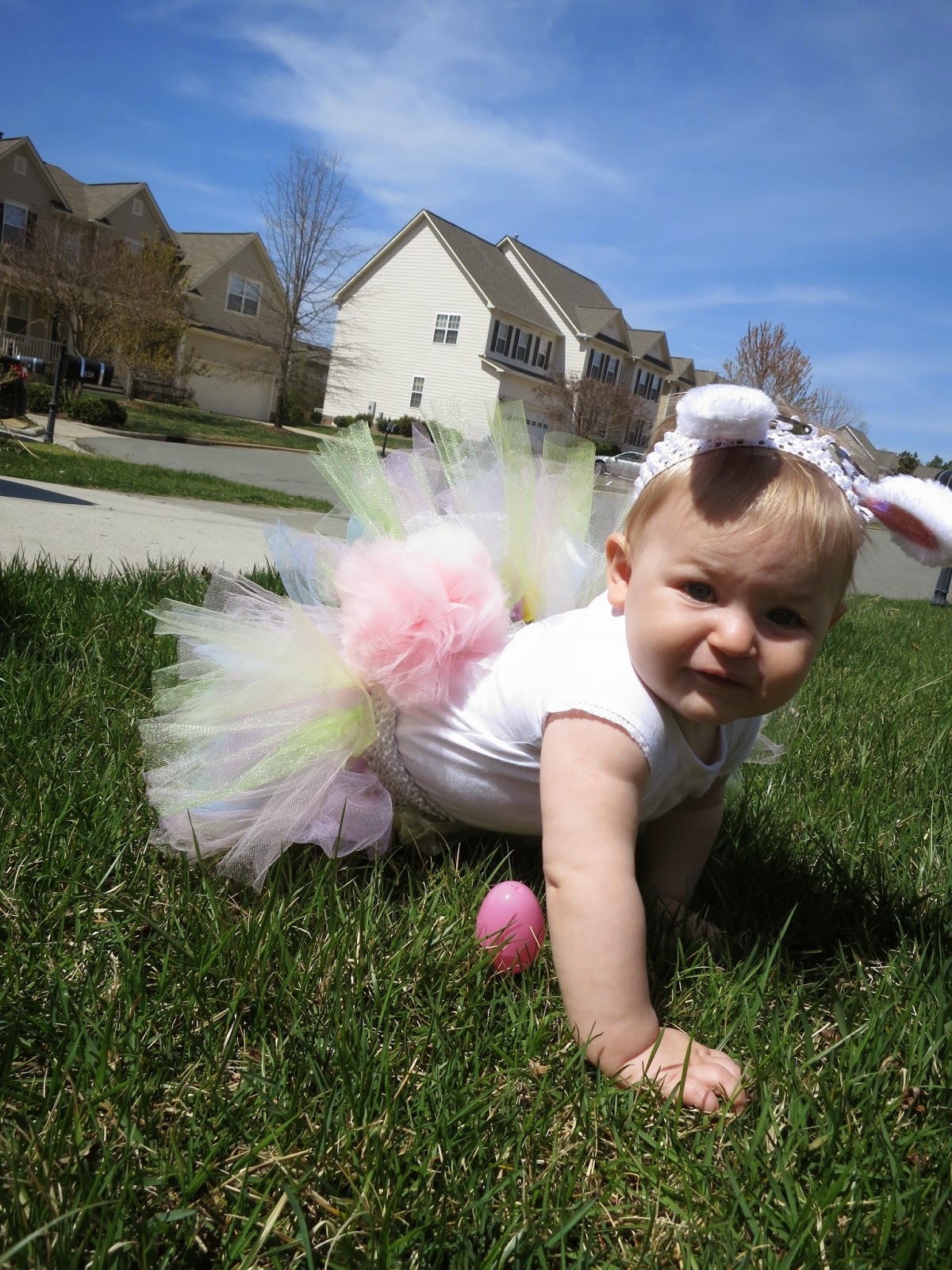 I think the point system for prizes was a big hit. The kids were asking to do it again this way next year. 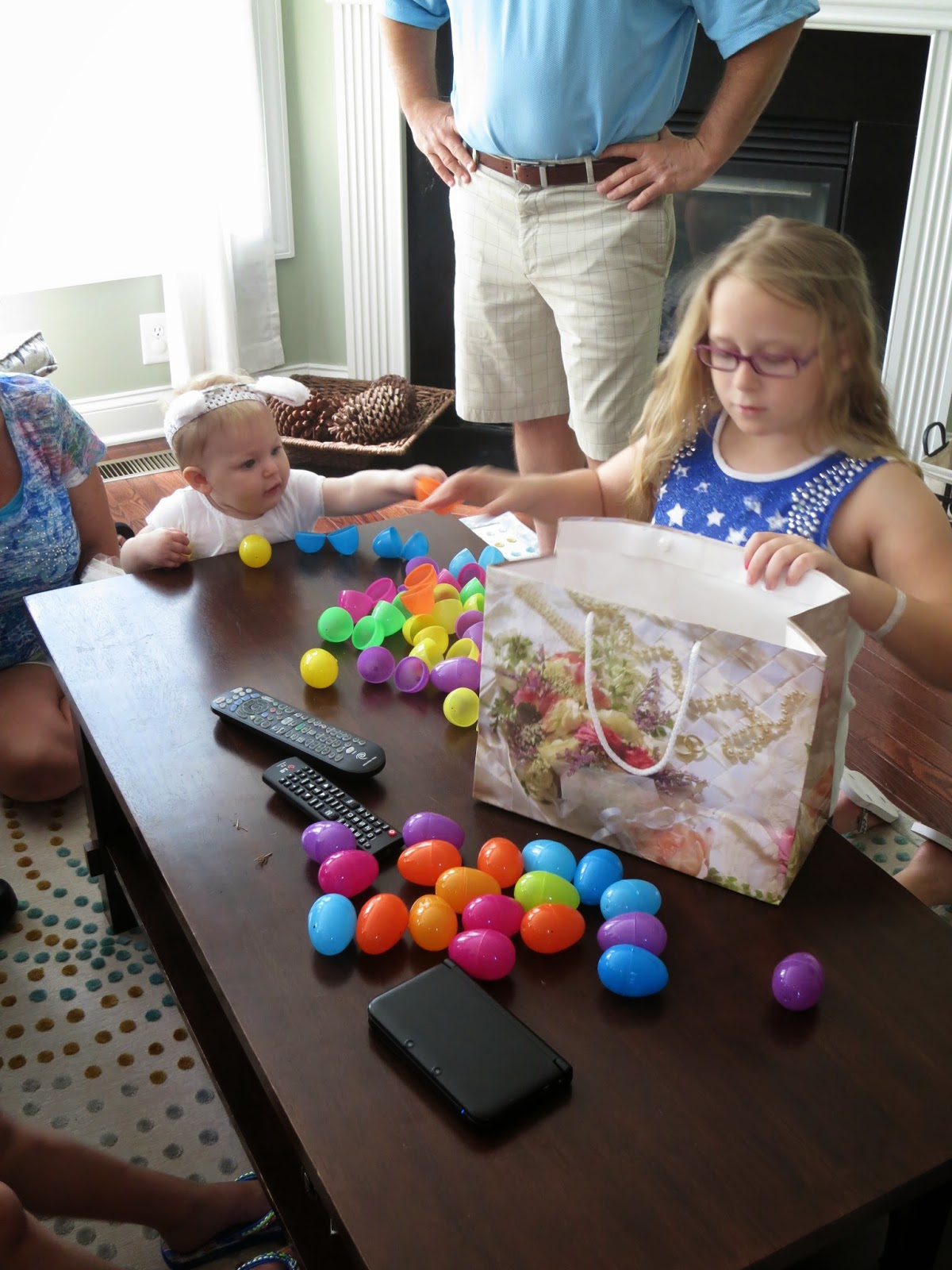 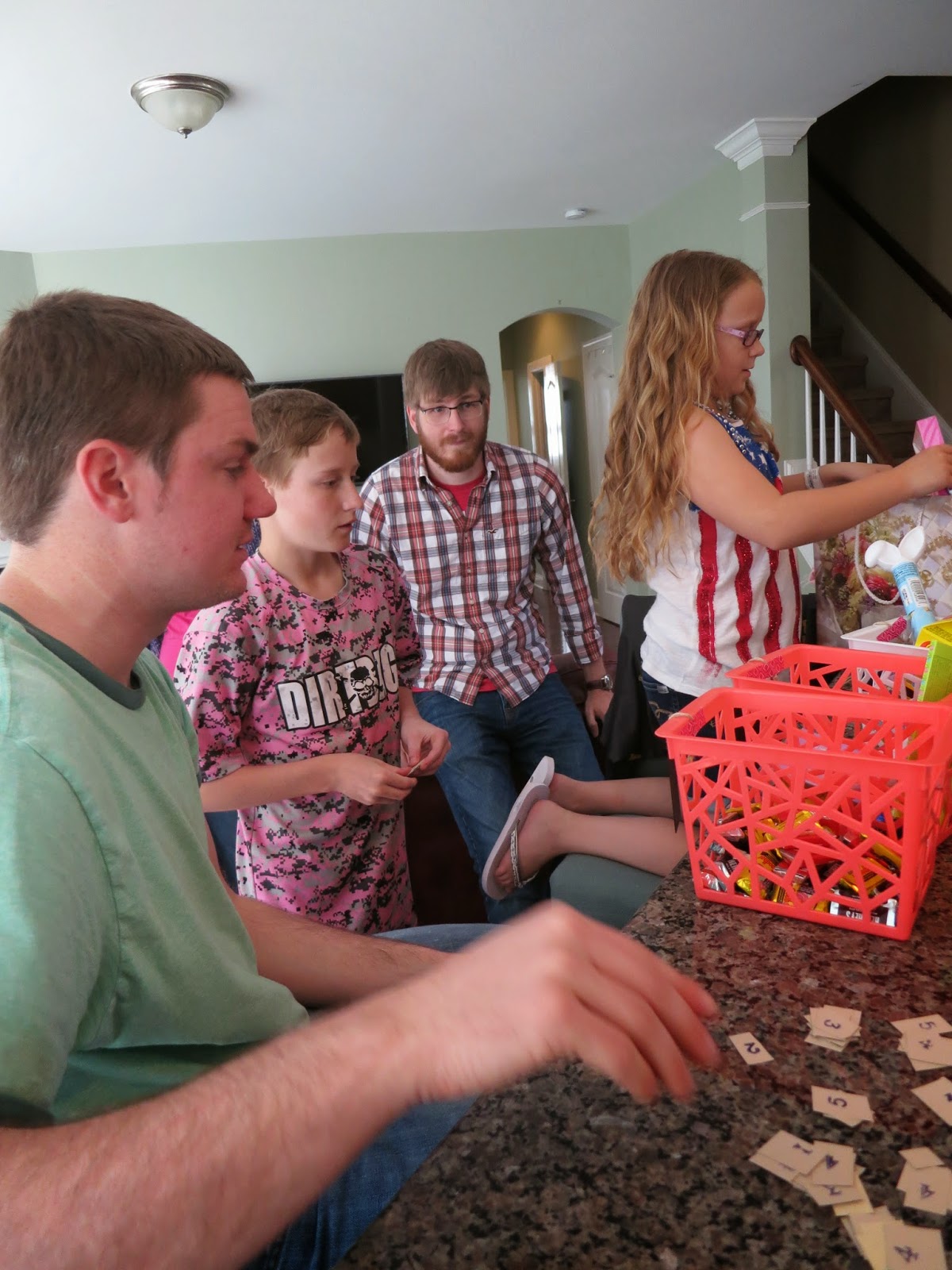 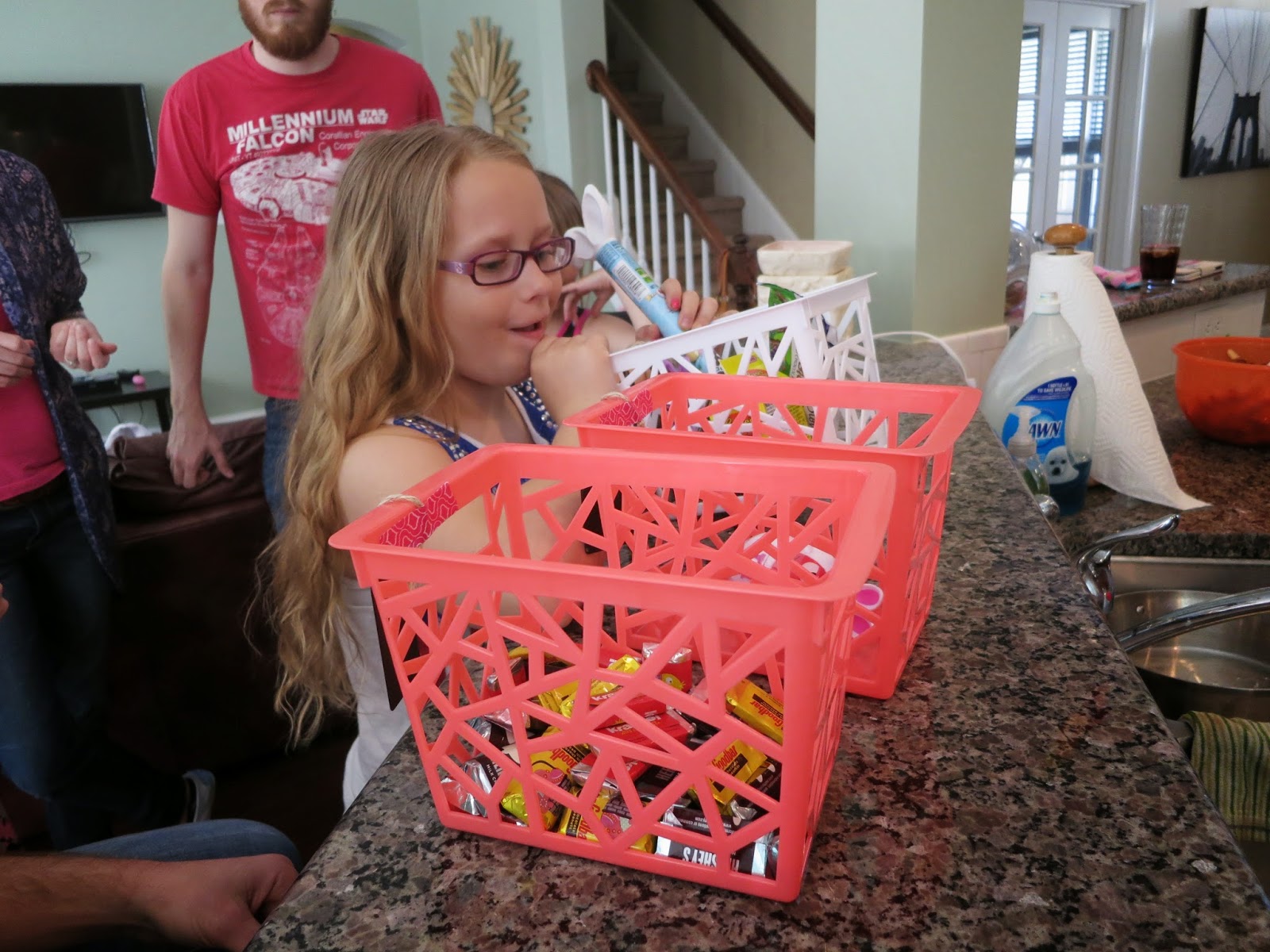 I secretly hid 9 Derrick eggs around the house and right before the hunt started I showed the kids an example and told them they weren't allowed to find these eggs if they saw them. 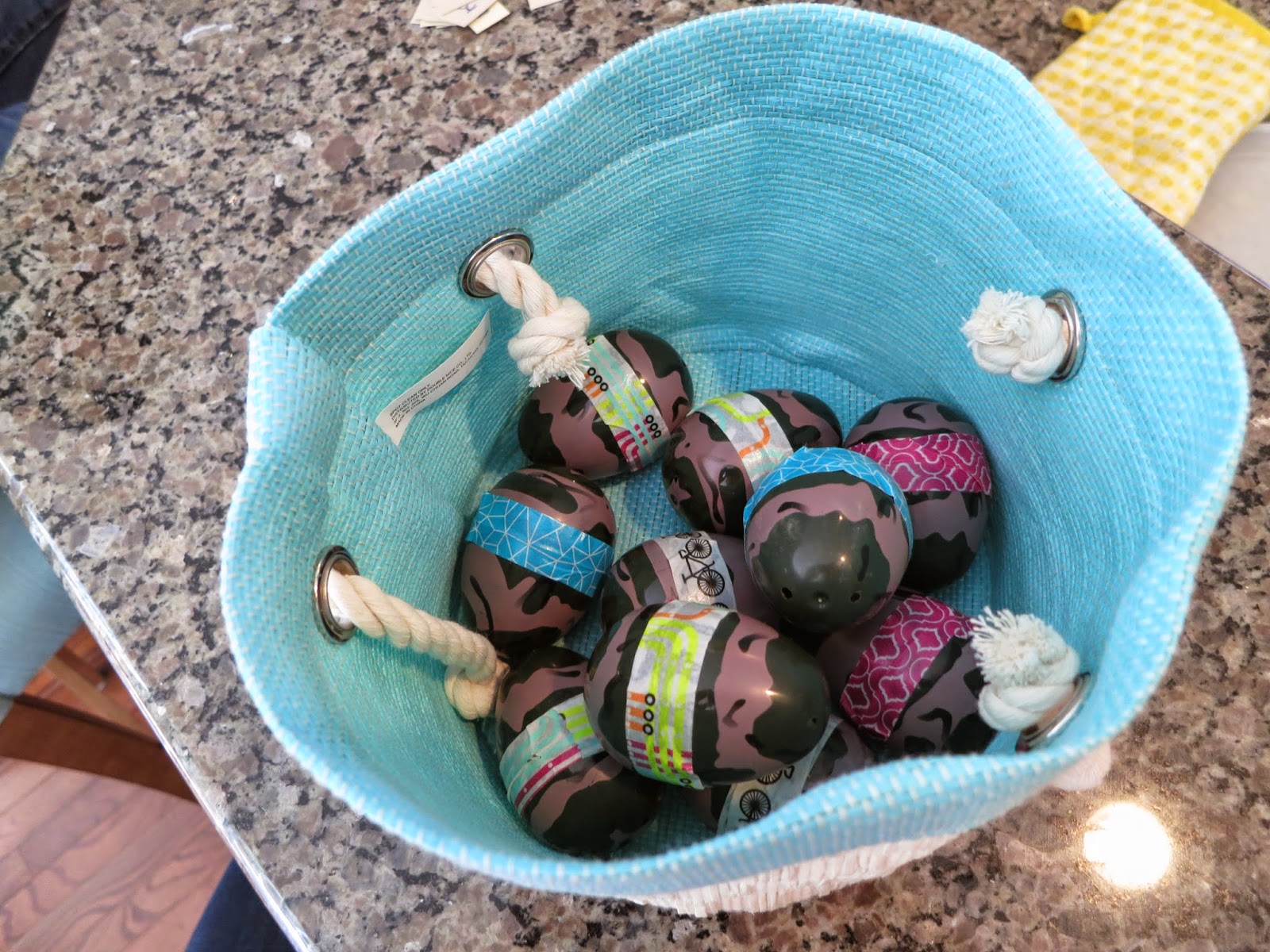 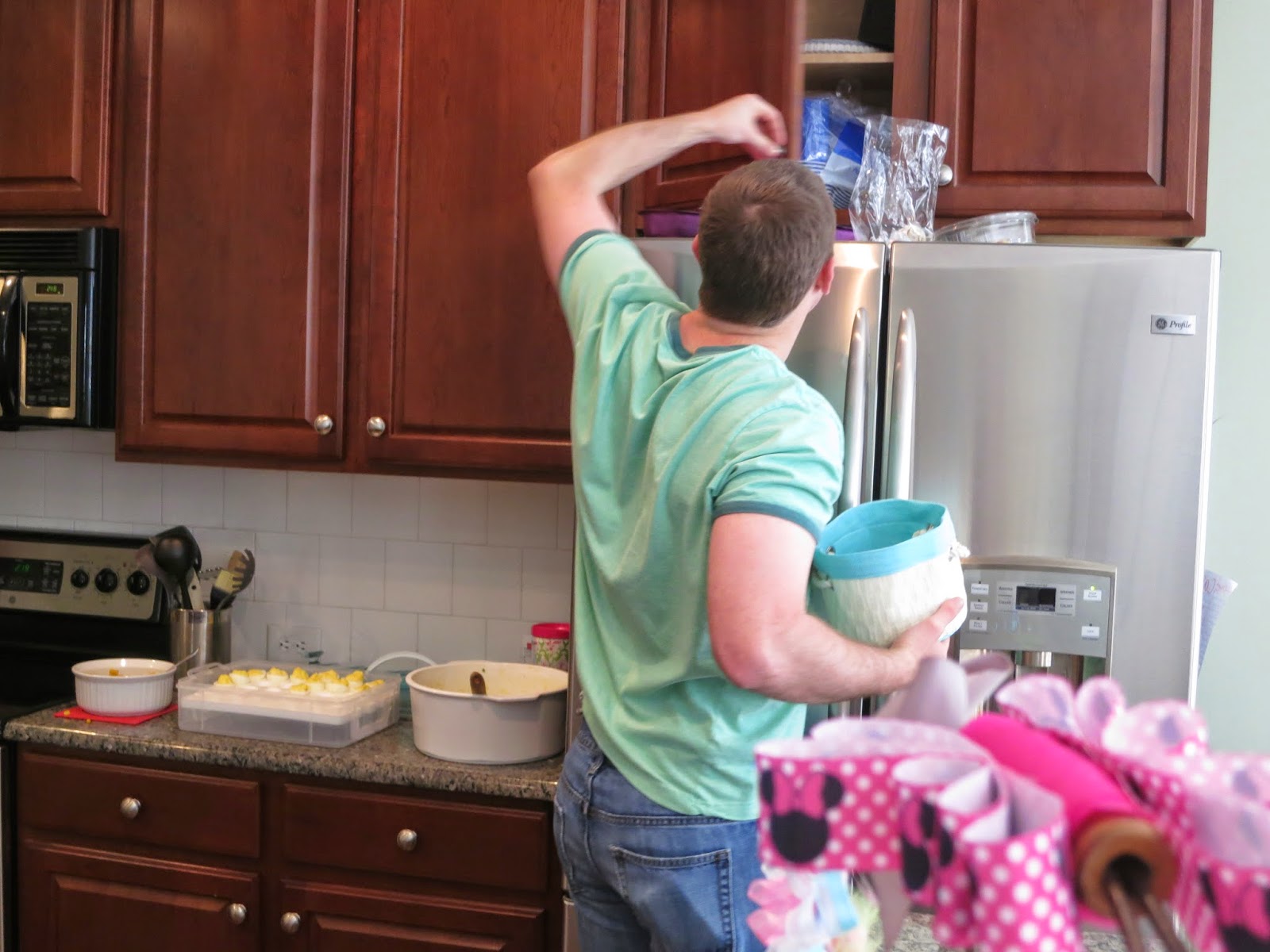 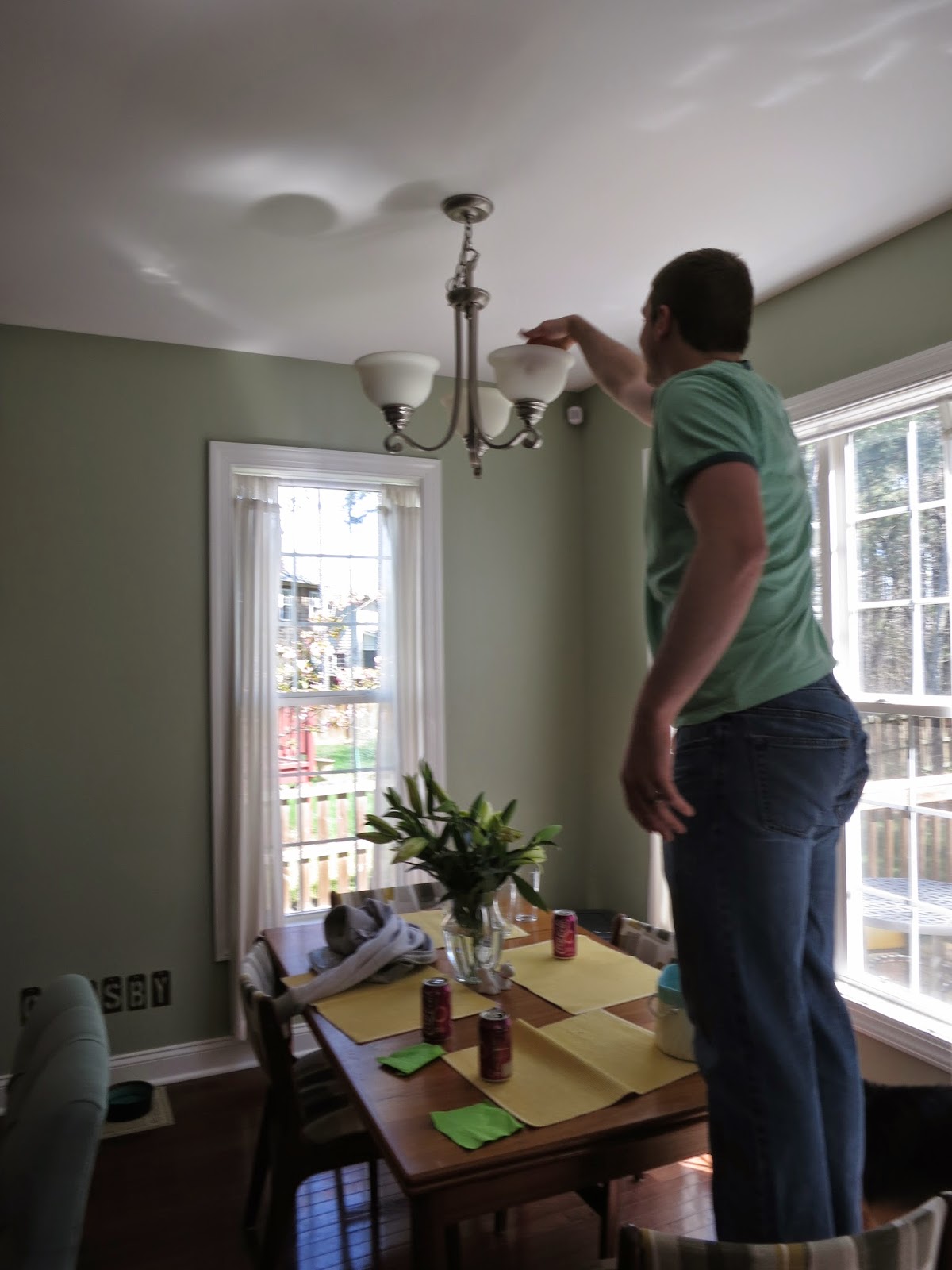 There were scrabble tiles in each egg that he had to solve a puzzle with the find his gifts. 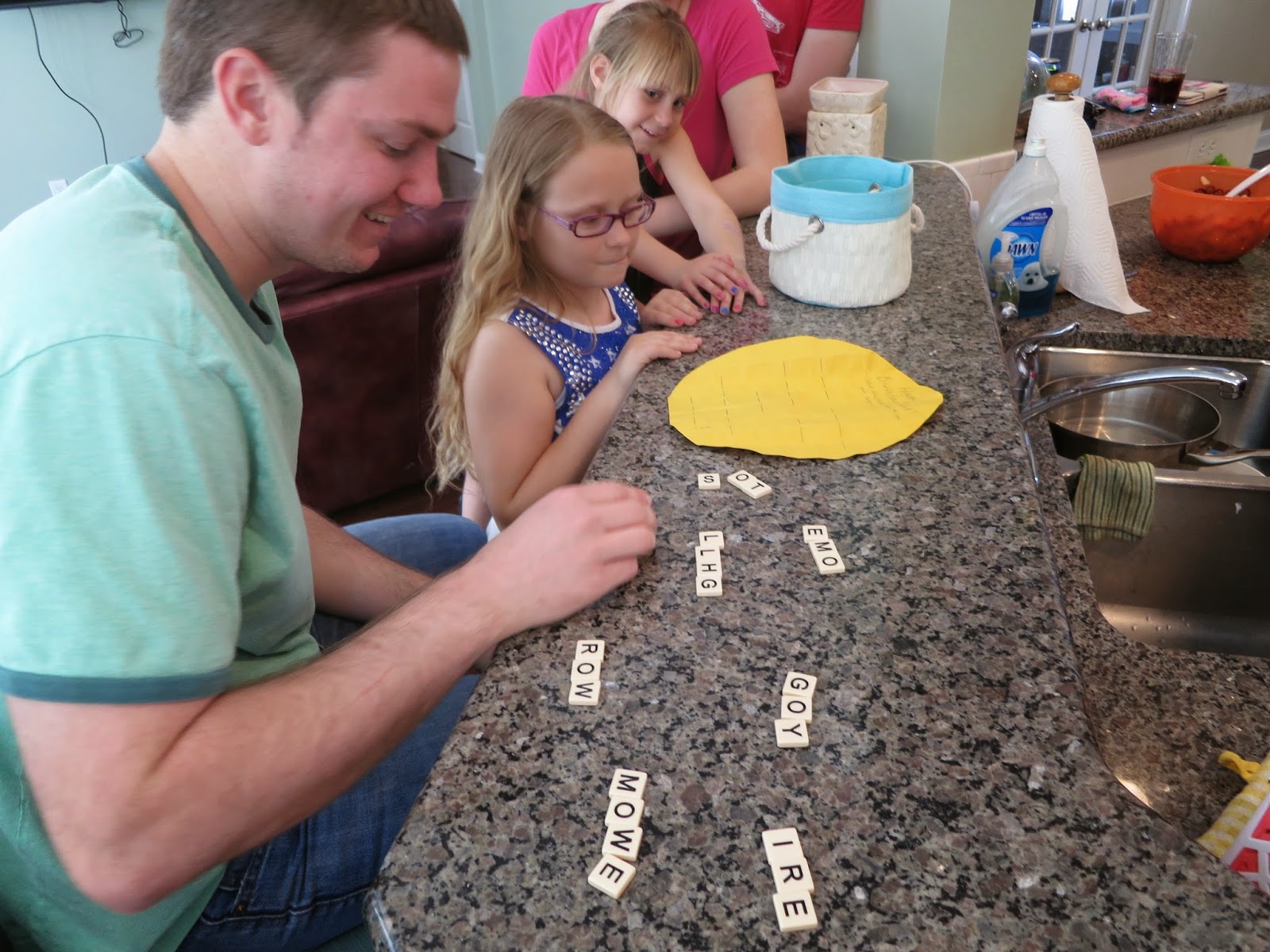 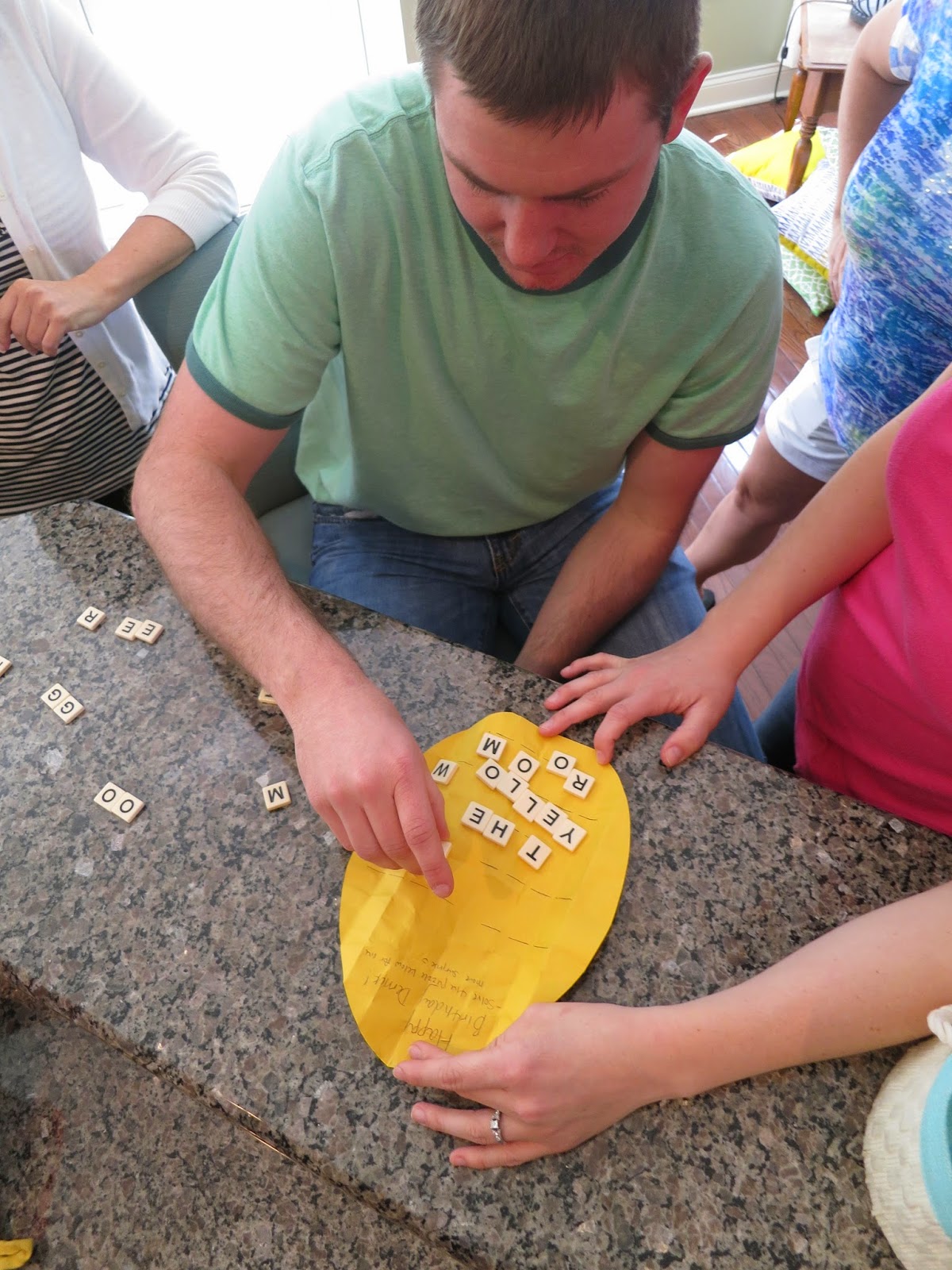 He solved the clue and headed to the yellow room. This is where my vision got a little blurry. In my head he would find these magnificent paper mache eggs that had been gorgeously painted and hid the gifts seamlessly. In reality I only did one layer of paper mache so they were extremely droopy and I never got around to painting them so they were also ugly newspaper. What can you do :) He did have to crack them open for his gifts though! 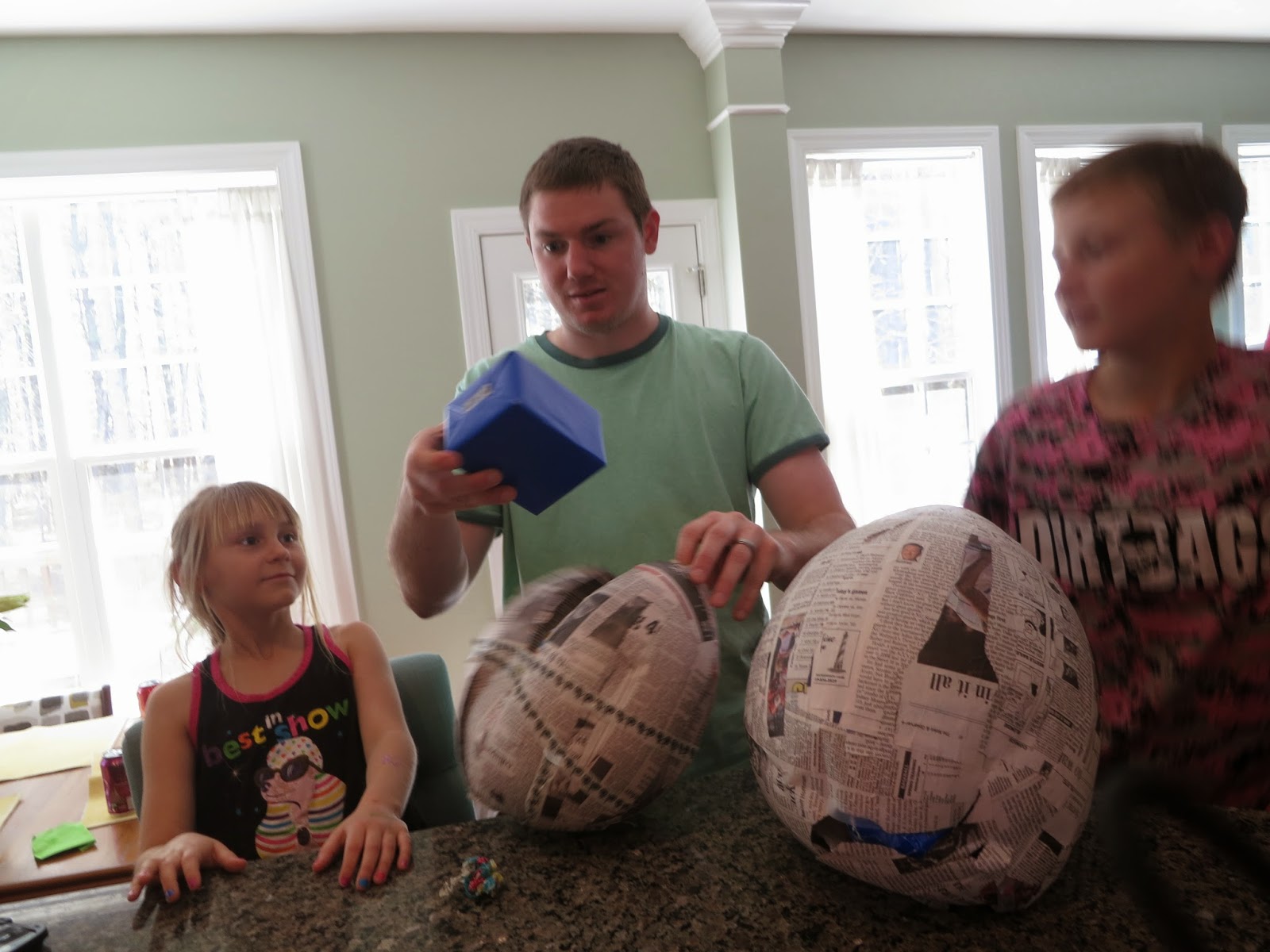 After presents it was cake time! Our friend Meredith has a bunny cake pan that she let me borrow and I am really happy with out it turned out! Piping is hard though! I have a new respect for cake decorators. My hand started hurting and I had to take a break halfway through! 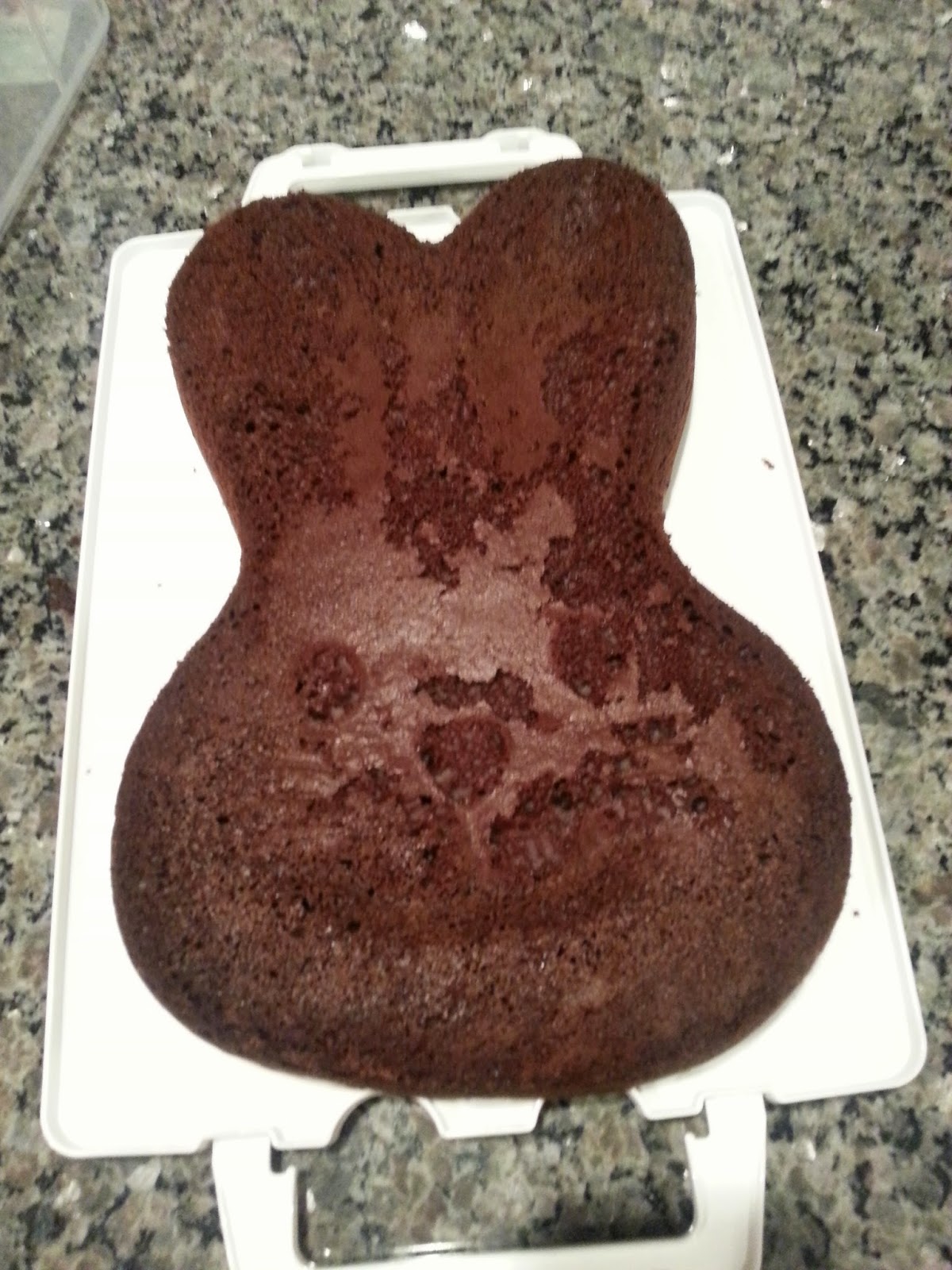 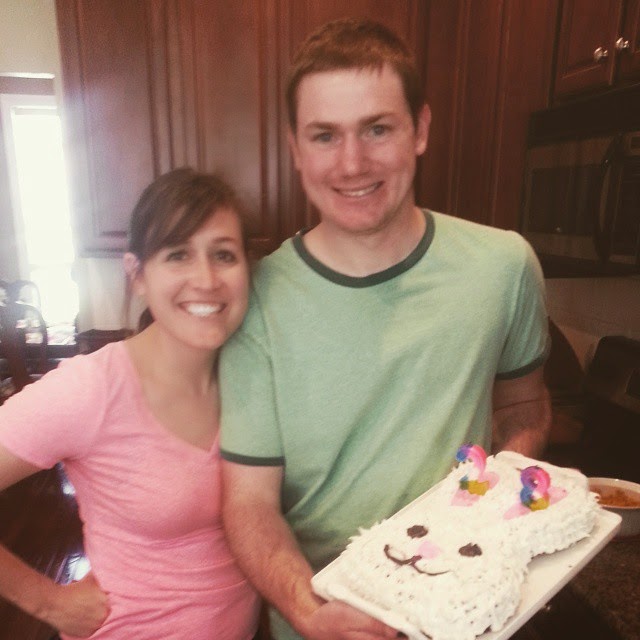 To top it all off, Derrick's mom got him a hammock for his birthday and it's awesome! 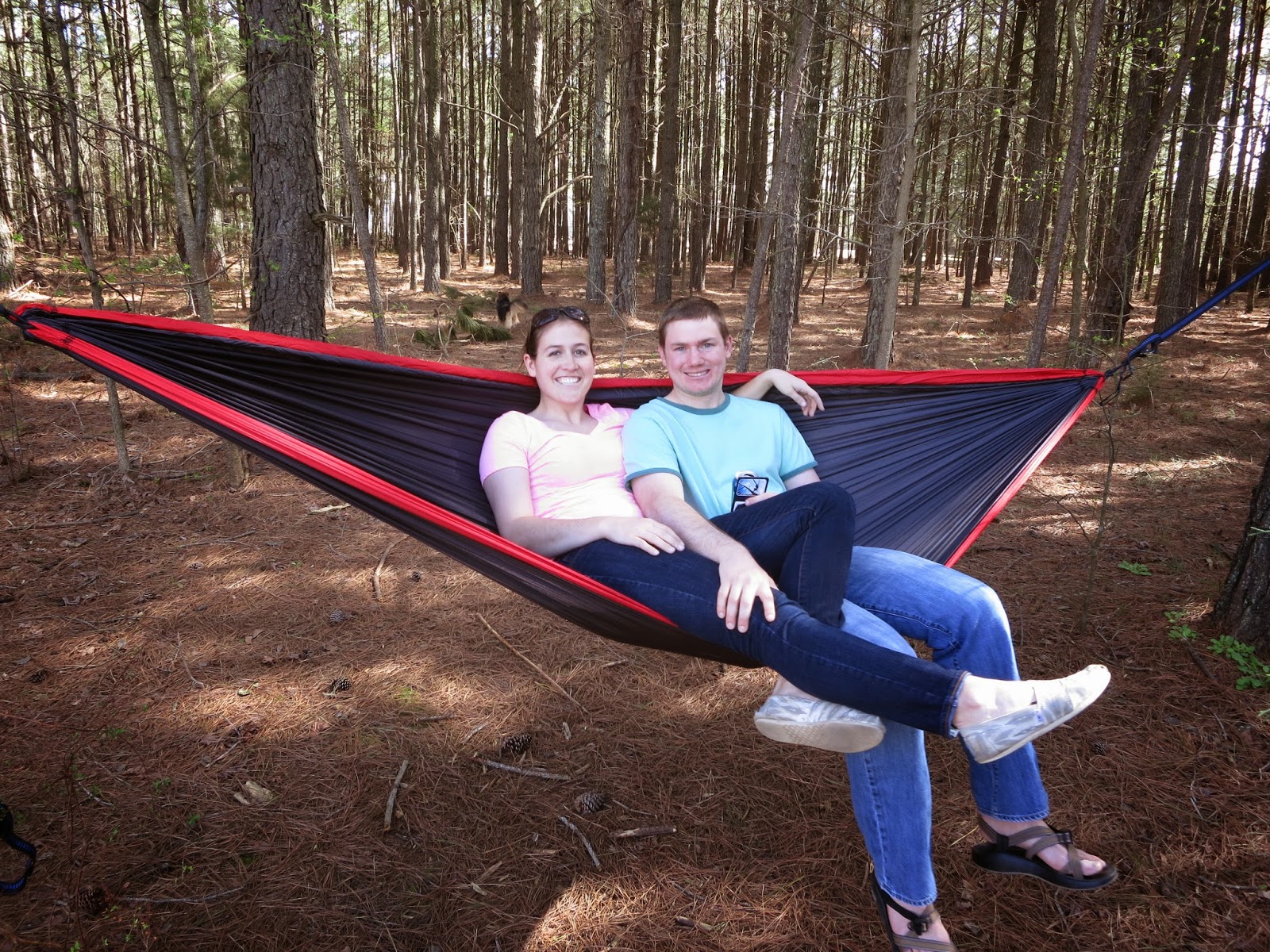 Cros didn't know what to think about us hanging 2 feet off the ground. 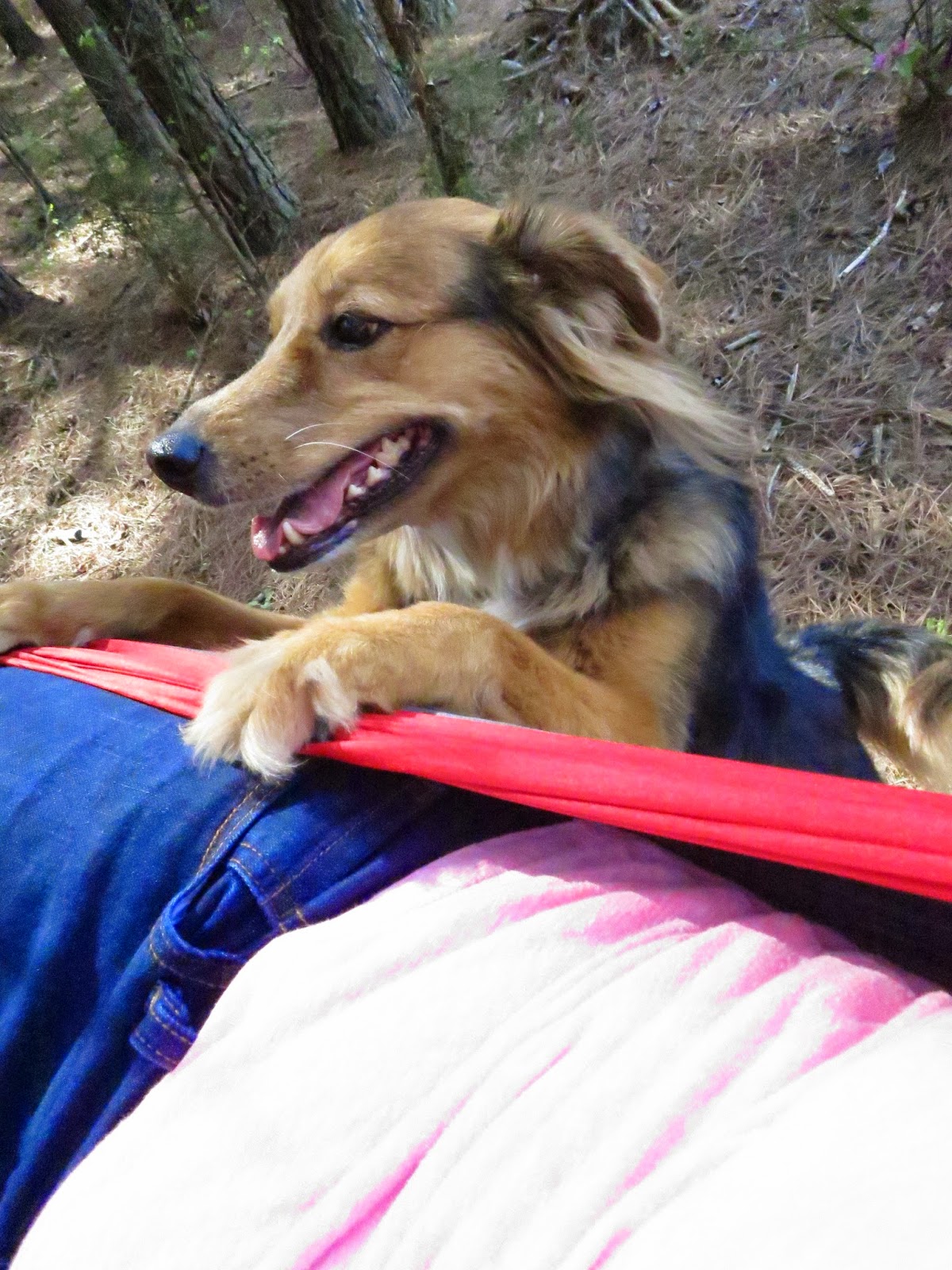 So we gave her a taste. 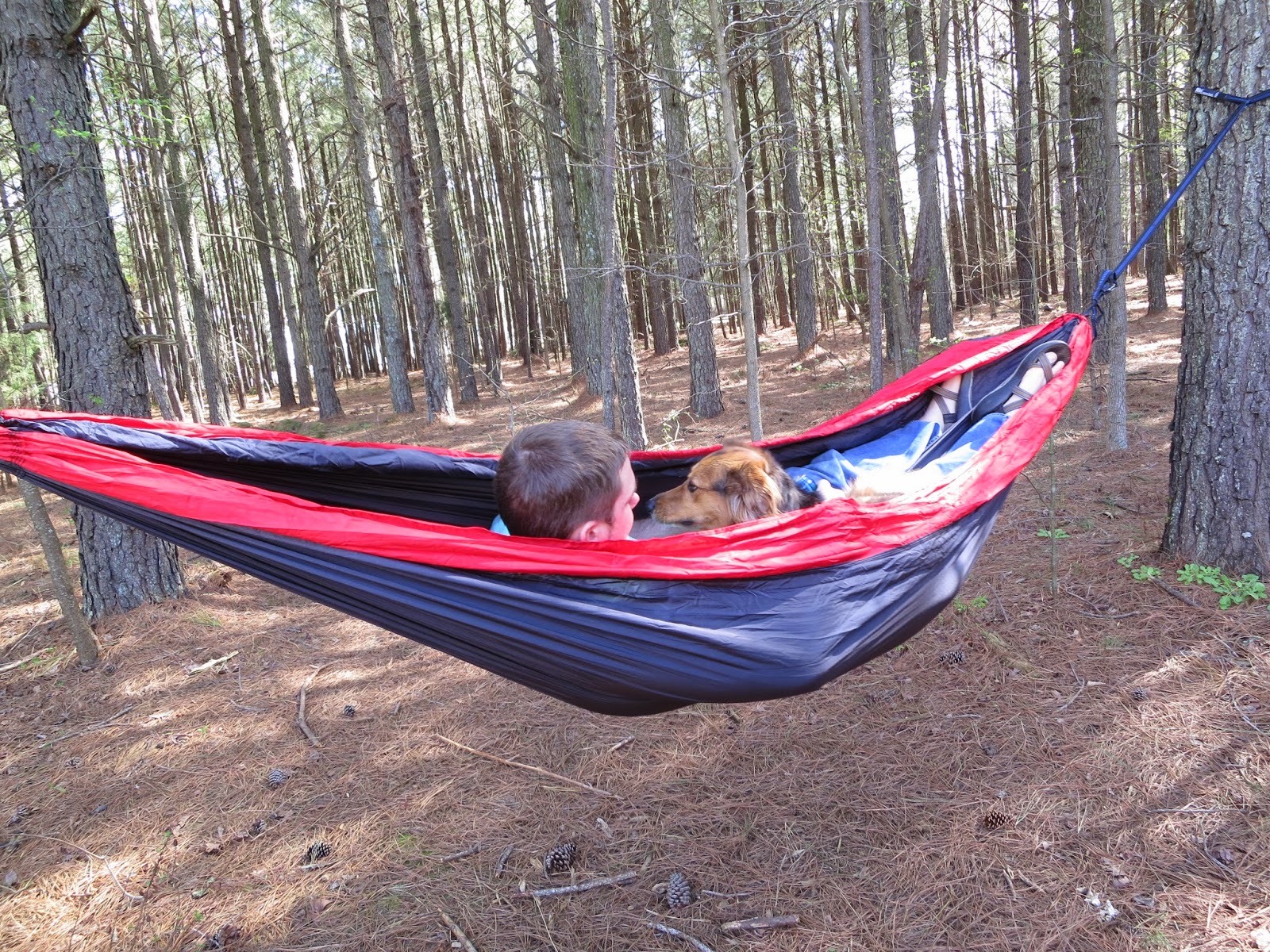 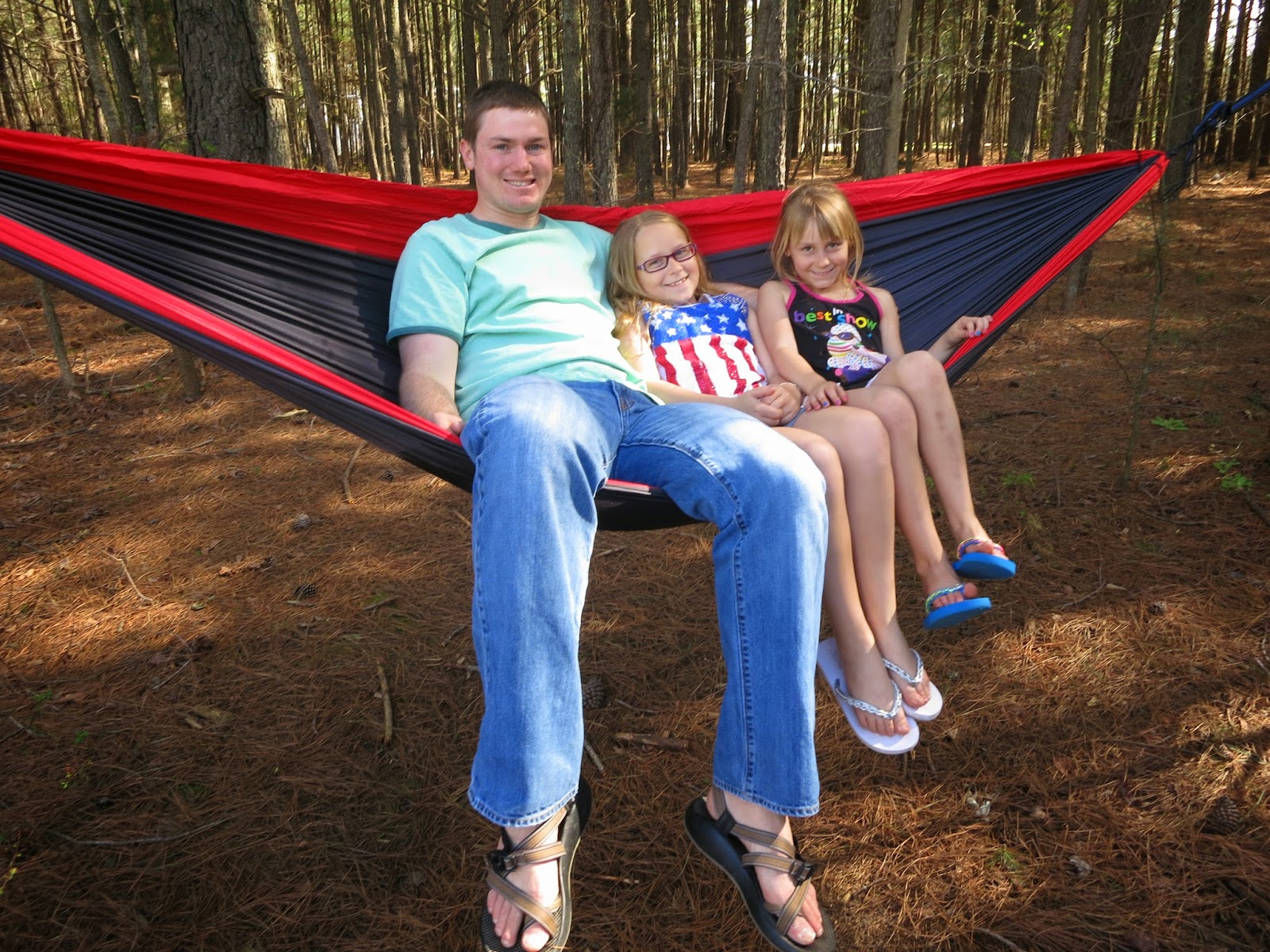 Unfortunately bad weather and busy schedules have kept us out the hammock since Sunday but we can't wait for the next chance to hang it up and relax for a while!