Drake is officially crawling! He started really getting the hang of it over the weekend and is now officially getting where he wants to go. It's still slow and he still gets frustrated sometimes but he's doing awesome!

This has been a really fun milestone because we've been able to see the progression from pushing up with upside down hands to using his head for leverage to actually getting his knees under him. 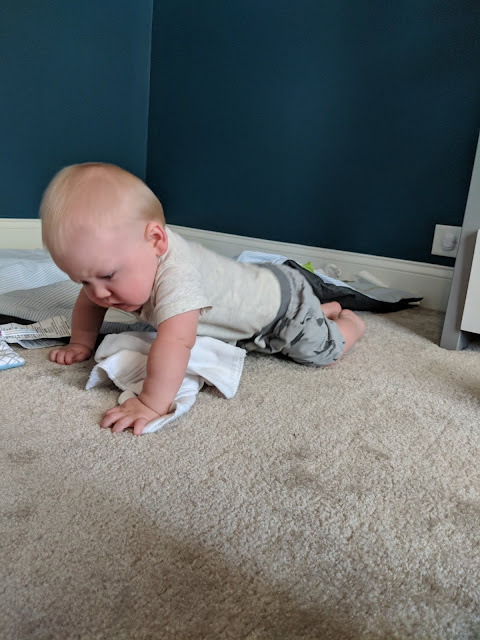 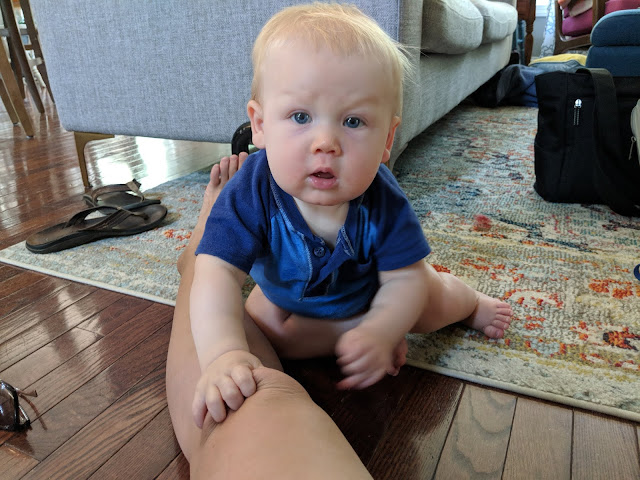 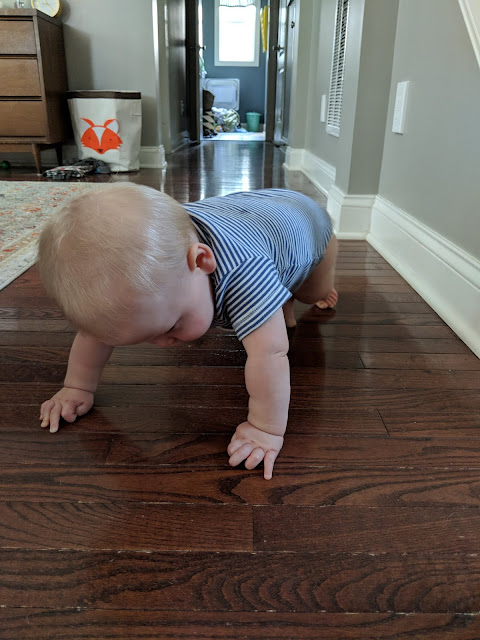 It's not going to be long before we're chasing him around the house. Days? Maybe a week? We're in for it!
Posted by Laurie Marcey at 12:00 PM