Six months seems like a HUGE mile stone! How is it that I haven't been pregnant for almost half a year?? And now we have this baby that is sitting up, starting solids, and bubbling over with personality. It's crazy!! 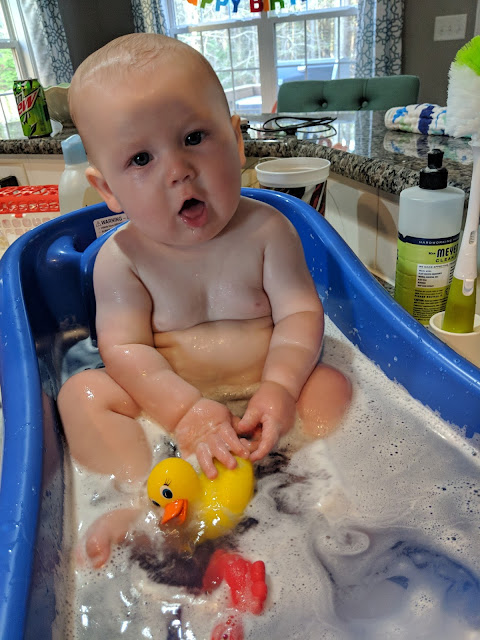 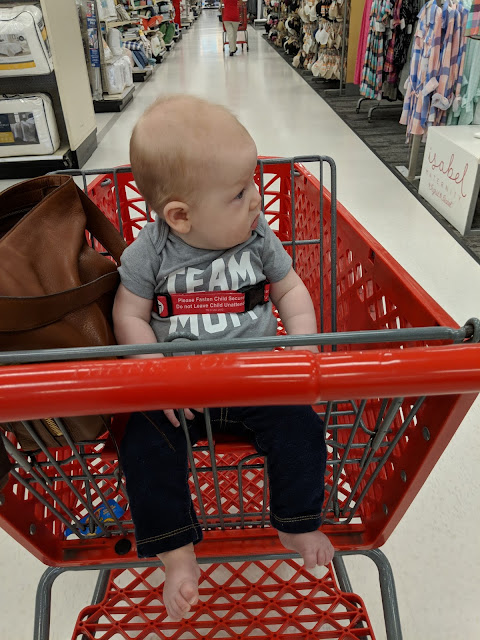 Good- Drake has started reaching for me and I love it! When I hold my hands out to pick him up he'll put his arms up in the air which is so cute and if someone else is holding him and he wants to come to me he'll lean towards me with his arms out. It usually includes an open mouth kiss with a simultaneous hair pull so we're working on being gentle :) 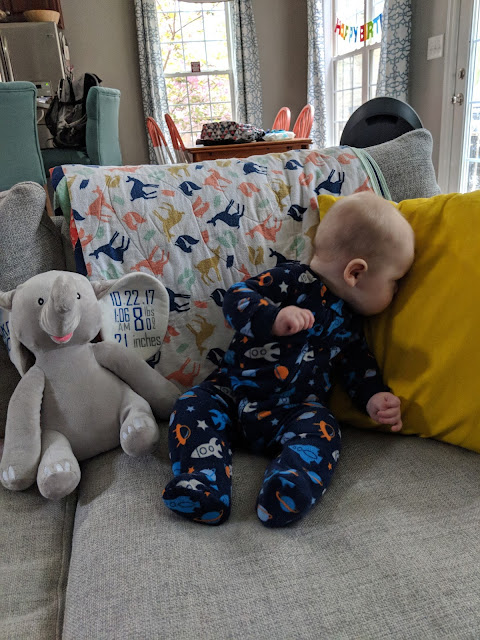 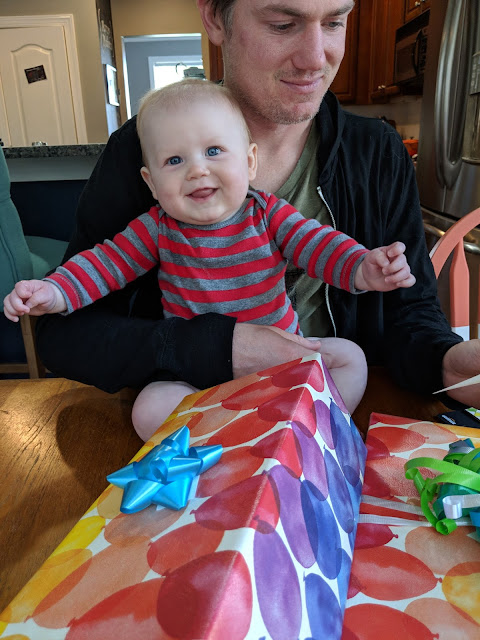 Good Again- Drake went swinging for the first time last weekend and I think it was a success! He was a little unsure at first but then seemed to like it. At least until the faceplant at the end... 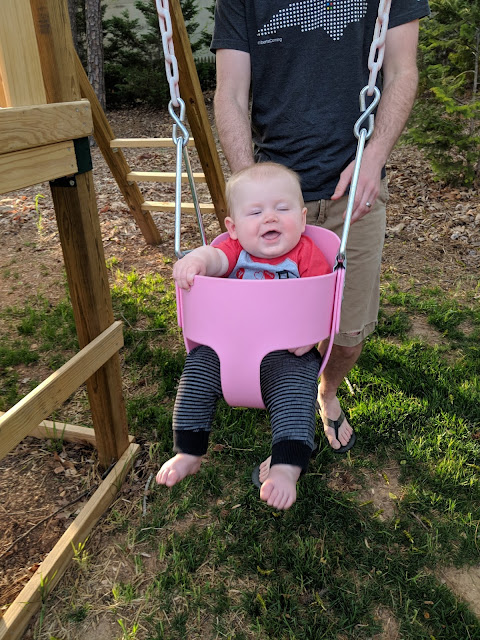 Bad- Ooo, I've got two doozies.  Our fridge broke last week. We were giving Drake a bath and this loud rattling was coming from the fridge. I thought it was a weed wacker outside but when we opened the freezer all of our ice was melted and the fridge temperature wasn't very cold anymore. I went into complete panic mode when I realized that all of my frozen breastmilk was completely thawed out and separated. I sprinted it to a neighbor's freezer but we don't know yet if it's salvageable. The fact that a pound of meat was completely thawed out makes me think it had been broken for at least 24 hours. I just had to dump 40 ounces a few weeks ago because of my lipase issue and had just finished pumping to reload my stash when this happened. I feel like I cannot catch a break on the breastfeeding front. Please send good vibes that the milk is still good! 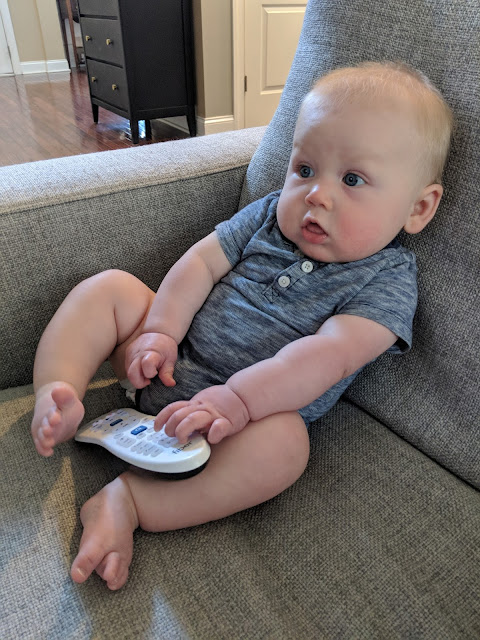 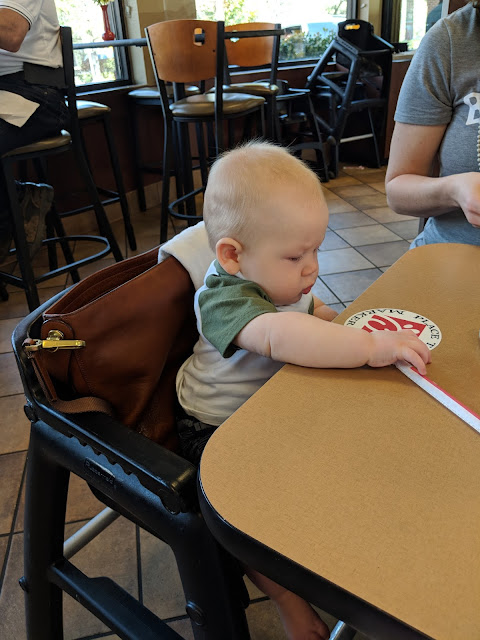 Second Bad- Unsolicited comments from strangers. I've had two women in the past two weeks tell me that I need to tend to Drake. One when I was going through a drive through and he was crying in the backseat and one when I was dropping things off a Goodwill and he wasn't even crying. Both instances made me feel like trash but mostly made me want to have a good retort to put them in their place. I would die for this kid and would never do anything that I thought was unsafe for him. The fact that total strangers feel like they can judge me and make a comment about the 3 seconds of our life they see really infuriates me. If anyone has a good one-liner for me I'm all ears! 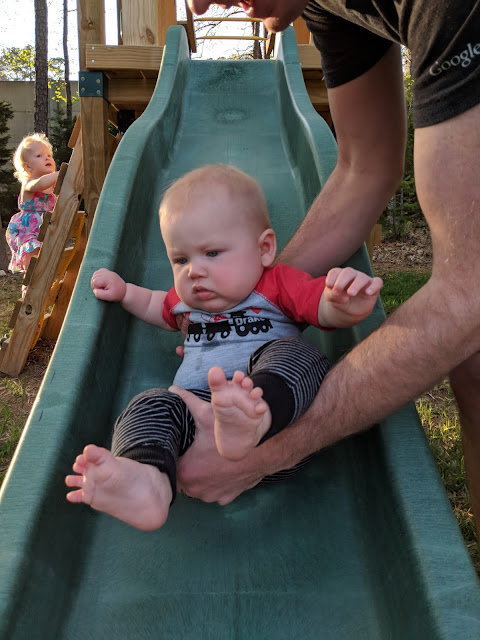 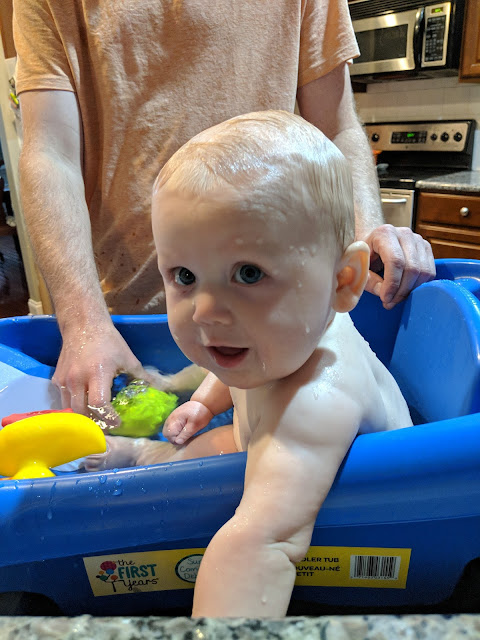 Funny- Drake is working so hard to crawl and he's making some serious progress! I wouldn't be surprised if we have a mover in the next month. He is pushing himself up and doing shoulder rolls to wiggle around. The funny part is the way he uses his hands. Just look at the picture below. 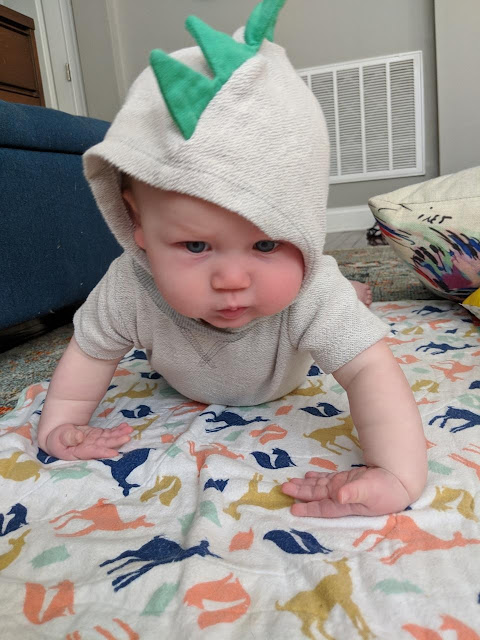 It hurts me just looking at it but it's also very cute and funny. Derrick has weird, flexible joints so Drake may have inherited it as well. He'll need to sort that out if he wants to get anywhere fast. 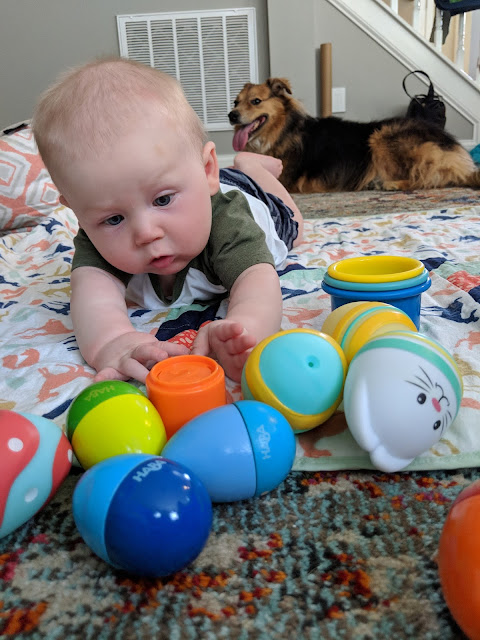 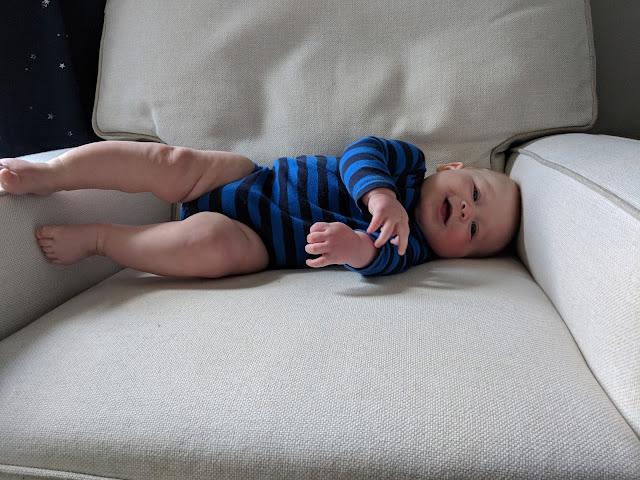 Drake is 3 days away from 6 months old and has his 6 month check-up on Monday so I'll come back to post his stats. 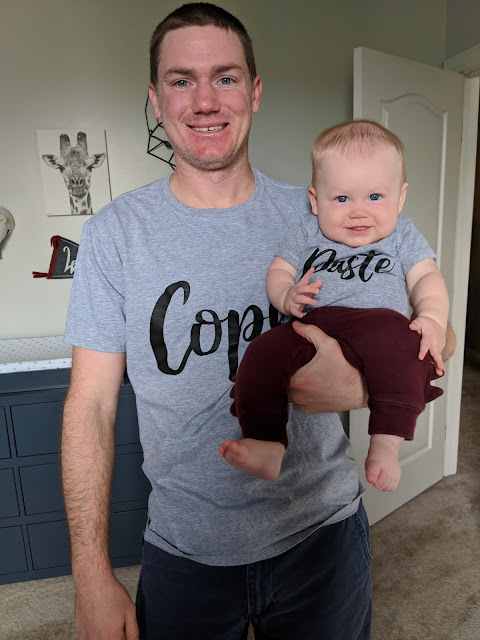 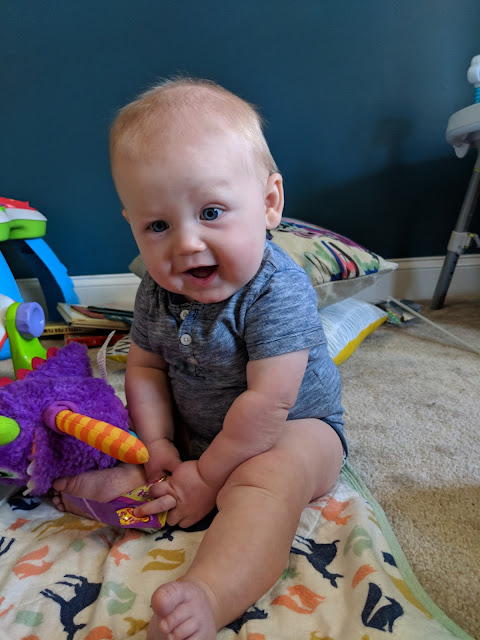 Posted by Laurie Marcey at 7:10 AM